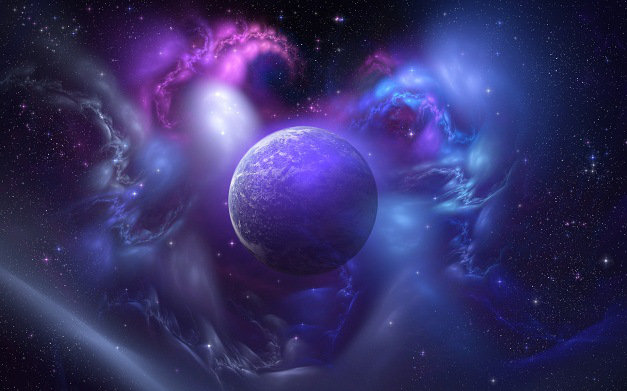 Posted by sharia unveiled on January 20, 2013
By, Schuyler Montague

Several years ago while shoveling snow outside of the business I worked for, I felt a tap on my shoulder. I turned around and was greeted by a gentleman who asked, “Do you believe in the existence of God?” “Absolutely!” I replied. He then asked “And, you believe that he created everything?” Again, I replied “Yes, absolutely!” This gentleman went on say, “So, of all of His creations, the universe, the stars, the oceans, the animals and so on… He, can reach out and have as much of His creations that He desires at anytime, except for one..” “And, this one thing that He cannot just have at His own choosing is the one thing He desires the most.. Do you know what this one thing is?” I thought for a moment and not being one myself for just guessing replied, “No I do not, what is the one thing God desires the most?” The gentleman then said, “Our Love!” “Of all of God’s creations, the one thing he desires the most is the one thing that He cannot just have at anytime because “we” must choose to give it to Him.”

As profound as this message was, it became even more amazing. I turned for just a brief moment and looked away from the gentleman as something drew my attention off in the distance. I then turned back towards the man with whom I had been talking… and, he was gone. I scanned the area with my eyes but there was no one to be seen. It struck me as odd that he could just vanish so quickly but my greatest shock came when I looked down at where he had been standing and there was only fresh untouched snow. There were no footprints where he had been standing nor were there any tracks leading to or away from where I was.

One thing I have learned over the years is that it takes so much more effort to not believe in a Creator, than it does to believe. We only need to open our eyes, open our hearts and open our minds to the truth. If we simply look at the evidence, even the blind can see the fingerprints of a Creator and the perfection within His design.

As you read this, you are sitting on a ball that is spinning in space at a speed of 1,070 miles per hour. (1,670/kph.) It is not on rails or tracks but yet it keeps on a perfect course. It only maintains this perfect course due to the gravitational pull of the sun’s mass in the center of our galaxy and the counter-balance of the gravitational pull of the moon in our atmosphere. The size, mass, weight and distance of the sun, the earth and the moon are completely relative. The balance of our rotation and essentially the balance of our existence would not be possible if every one of these variables were not exact.

As humans, there are of course several things that are absolutely essential to the existence of life and humanity. Among these are oxygen to breath, water to drink, food to eat and a heat source for warmth. We just happen to have all of these things right here on earth where humans require them. Nowhere in all of space does oxygen exist except a small envelope just around the surface of the earth. Nowhere in all of space has evidence of water been found to exist except here on earth and we have an endless supply since our earth’s surface is composed of 75% water. The sun is at just the perfect location and distance from the earth to warm the surface for us to an inhabitable environment. If the sun were just a little closer we would burn up and just a little further away, we would freeze. We have an ionosphere that acts as a protective barrier around the earth. It holds in the heat and oxygen for us and at the same time, blocks out harmful radiation and deflects incoming objects from space.

One of the most amazing facts about our existence though comes through our food sources. Just look at the various forms of food that just grows up from beneath the surface of the earth. The numerous fruits, berries and nuts that just grow from the trees and dangle awaiting to be picked. The various animals and wildlife here on earth that provide meat for a required protein source and the unlimited amount of food in the seas. On the earth there are four perfect seasons: Spring, Summer, Autumn and Winter. Spring is the birth of all that is new and facilitates the germination process and the beginning of the new life. Summer is the growth period which allows the food source to mature for consumption. Autumn is the period for harvest and reaping the mature food. Winter is the season that kills off the germs in the earths surface by freezing and prepares the ground for the following spring. If you remove any one of these four seasons, you would throw off the balance of nature. The earth tilts towards the sun allowing both hemispheres there adequate seasonal requirement. We possess a symbiotic relationship with so much of our surroundings that cannot be ignored. Humans breath in oxygen and exhale carbon dioxide whereas plants take in carbon dioxide and give off oxygen. It is possible that neither one could exist without the other. Thereby concluding that each was created at the same time for each others benefit of existence.

There is just an endless amount of evidence of creation and just too much to merely be attributed to “luck” or “coincidence.” To simply say that all of these necessary variables and factors of existence just aligned themselves by chance, is to almost make oneself appear uneducated. For the believer, physical evidence is not required nor necessary for belief. Their belief is based on faith in that which is unseen, since the spiritual is more real than the physical. The believer will often tell you that God does not exist because they believe, but rather they believe because God exists. For some though in today’s world, they search out for evidence that is tangible. Evidence that can be seen with the eye. The further science goes into the realm of the unseen, the more we begin to see the fingerprints of perfection upon creation.

Then wolves will live in peace with lambs, and leopards will lie down to rest with goats.
ISAIAH 11:6

Can you imagine a world minus sin? Have you done anything recently because of sin?

Because of sin, you’ve snapped at the ones you love and argued with the ones you cherish. You have felt ashamed, guilty, bitter.

Can you imagine a world without sin? If so, you can imagine heaven.

In Protection From The Influences of Evil Men

To deliver thee from the way of the evil [man], from the man that speaketh froward things; Who leave the paths of uprightness, to walk in the ways of darkness; Who rejoice to do evil, [and] delight in the frowardness of the wicked; Whose ways [are] crooked, and [they] froward in their paths: (Proverbs 2:12-15)

“Thou shalt not avenge, nor bear any grudge against the children of thy people, but thou shalt love thy neighbour as thyself: I am the LORD.” (Leviticus 19:18)

Many people have mistakenly rejected or neglected the Old Testament on the basis that it speaks about a vindictive God of judgment in contrast to the New Testament God of love manifest in Jesus Christ. This perspective, however, is completely wrong. One day a lawyer asked Jesus, “Master, which is the great commandment in the law? Jesus said unto him, Thou shalt love the Lord thy God with all thy heart, and with all thy soul, and with all thy mind. This is the first and great commandment. And the second is like unto it, Thou shalt love thy neighbour as thyself. On these two commandments hang all the law and the prophets” (Matthew 22:36-40).

Both of these commandments were recorded, of course, in the Old Testament. The first one in Deuteronomy 6:4-5 is perhaps the most revered of all passages to the Jews: “Hear, O Israel: The LORD our God is one LORD: And thou shalt love the LORD thy God with all thine heart, and with all thy soul, and with all thy might.” The second great commandment is the one in our text for the day. This law is buried deep in the Pentateuch, in the unlikely heart of the book of Leviticus. In the New Testament it is even called “the royal law” (James 2:8).

Thus, the great underlying theme of the Old Testament is love–love for God and love for others–and this truth is stressed by Christ Himself in the New Testament. Even greater is God’s eternal love which was ours from before the world and that will never end. “The LORD hath appeared of old unto me, saying, Yea, I have loved thee with an everlasting love: therefore with lovingkindness have I drawn thee” (Jeremiah 31:3).