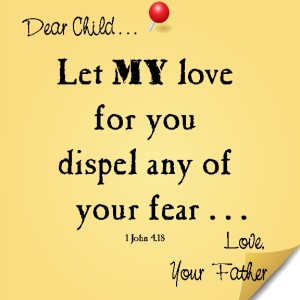 I once heard my pastor make a startling claim.

After decades of counseling church members, he concluded that dads hold the key to their children’s spiritual lives. He said the best way to raise an agnostic or atheist was for the father to pray before meals, practice daily quiet times with an open Bible, tithe at the first of every pay period, go to church every Sunday, and then be harsh at home. The pastor said growing up in a home with an unkind dad who claimed to be a follower of Christ motivated children to run from the church and, ultimately, reject God.

It makes sense. If we say we follow the Lord and then treat others with unloving behavior—a child might interpret those actions as an extension of God’s character. The inconsistency could certainly be confusing enough to cause a child to question our heavenly Father’s goodness.

But we can’t forget the grace of God. We’ve all let an occasional unkind word slip out or done something that we regret. Our kids aren’t automatically doomed because we can’t live up to high and holy expectations. Fortunately, our kids see the big picture. How do we usually behave toward them? Do we communicate that we truly care about them? Do they hear us apologize for bad behavior and then witness us making appropriate changes in the way we act? Do they believe that we want to please our Lord? Do they see us struggle well?

Some of us had the privilege of growing up with a godly father, and we can be eternally grateful for the way he pointed us to the Lord through his caring words and actions. When we witnessed his Bible studies and heard his prayers, it was consistent with his loving behavior toward his family. His way of living validated his declaration of faith. We believed his faith was real because we witnessed it firsthand. He even showed us what God is like.

By living in obedience to the Word at home as well as in public forums, fathers can impact the world for generations to come. Children may be the most important disciples a father mentors. His children may change the world for good, all because he lived what he said he believed.

As we celebrate Father’s Day this month, Dr. Henry Morris III’s article “Rise up, O Men of God!” reminds godly men to live boldly. Men of God stand out—they’re different from the crowd, and they stand up to the enemy. This task demands their whole being, their “heart and mind and soul and strength.” They accept difficult challenges to oppose destructive teachings. Faithful men are willing to “actively engage the enemy and seek to stop the impact.”

True men of God demonstrate obedience to God’s Word, boldly offering truth and grace to others, beginning with those in their own households. As you honor the men in your lives—your fathers, grandfathers, fathers-in-law—remember to show gratitude to those who live the truth before you with boldness, integrity, and kindness. Daily lift them up in prayer and offer grace to them as they struggle well in their walk of faith.

by Jayme Durant who is Executive Editor at the Institute for Creation Research.

4 thoughts on “Fathers Who Change the World”