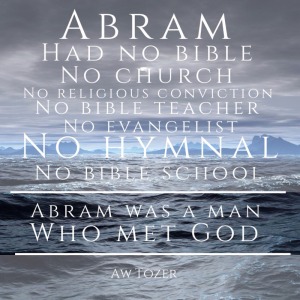 OK, so you want to be a hugely successful preacher, televangelist or pastor? Well, no probs – you can be. All you have to do is follow the 10 Commandments which have proven to be so successful time and time again. Make sure you observe these basic rules and you too can have a megachurch, heaps of attendees, and most importantly, a never-ending supply of healthy weekly offerings.

While I have not actually tracked down these Ten Commandments, I know they must exist somewhere, since they seem to comprise the exact same pattern we see played out in one mega-pastorate after another. These folks all are doing very well indeed, and they all seem to be reading from the same script.

So simply follow these ten easy principles and you too can be another superstar televangelist or preacher. Results are guaranteed. So here they are:

1. Never say anything controversial. Just stick to feel-good messages and sentimental, syrupy stuff. You must never rock the boat or stick your neck out. Above all else, you want the masses to like you, and you never want them to feel uncomfortable.

3. Do not discuss anything theological or doctrinal. Don’t you know that creeds, dogma and theology turn people off like mad? Therefore avoid all this like the plague, and just offer the fairy floss stuff that is so easy to receive, and makes no demands on anyone.

4. Above all, keep people happy. Keep the masses entertained and amused. Always offer the best entertainment around, so they do not need to dish out good money to see pagan entertainment. Get the best PA system, the best rock guitarists, the most razzmatazz, the hippest smoke machines, the coolest strobe lights, and the blackest stage. Hey, if it works for the world, why not the church?

5. Never tell a would-be believer that anything hard or difficult or demanding will come their way. Never mention suffering, hardship, persecution, deprivation, obedience, self-denial, or cross-bearing. Simply focus on “your best life now” and how to be wealthy, successful, get everything you want, and even lose weight for Jesus.

6. Always try to be as trendy as possible. Be cool, relevant and oh so hip. In other words, try to be as much like the world as possible. Go with the flow and just fit in with what is happening in the culture around you. Works every time.

7. Never, ever talk about “negative” things like sin, hell, repentance, judgment, the crucified life, or denying self. That will automatically keep the crowds away. As stated in Commandment One, just accentuate the positive and tell folks happy and cheerful stuff.

8. Always emphasise the easily digestible stuff, like love and mercy and grace. Never speak about the holiness of God, the justice of God, the wrath of God, the requirements of God, the Lordship of Christ, or the obedient life. That is always a turnoff and we no longer need to preach such stuff anyway nowadays.

9. Make sure people think that Christianity is all about them. Make it seem that Jesus died on the cross so they could be happy, self-fulfilled, satisfied, rich, contented and utterly focused on self. Never ever tell people that they must deny themselves, carry the cross, renounce sin, the flesh and the devil, and exist for God and others. Just make it all about themselves, and you will have a megachurch in no time.

So remember, follow these really easy Ten Commandments and you too can have the megachurch of your dreams. You will be featured on the cover of Time magazine; Oprah Winfrey will have you on her show – often; and the secular media will regularly sing your praises. The world will absolutely love you, in other words.

Back to the Bible

Umm, if you happen to think that all of the above sounds a bit out of place with New Testament Christianity, well, you would be totally correct. It has absolutely nothing to do with NT faith of course, and everything to do with worldly, carnal and compromised Western churchianity.

And sadly, everything mentioned above we find in abundance throughout the Western world. How many bigtime churches of today seem to perfectly fit with the ten items mentioned above? It would be laughable if it were not so downright serious.

The contrast with the carnal Christianity of today and what we find in the NT could not be greater. Indeed, I am just now rereading the book of 2 Corinthians, and boy, what a mega-contrast. The life that Paul lived as he served his Lord and pastored his churches looked nothing like what we find today.

Everywhere in this epistle – and elsewhere – we find Paul describing the real life of discipleship, the real Christian life, the real role of a leader, the real call of a pastor and preacher. And it sure does not look pretty – at least by today’s standards.

It is loaded with hardship, persecution, suffering, tears, rejection, grief, opposition and rejection. So let me finish by just offering a few of Paul’s self-descriptions of Christian ministry as Jesus would have it.

-We do not want you to be uninformed, brothers and sisters, about the troubles we experienced in the province of Asia. We were under great pressure, far beyond our ability to endure, so that we despaired of life itself. Indeed, we felt we had received the sentence of death. But this happened that we might not rely on ourselves but on God, who raises the dead. (2 Corinthians 1:8-9)

-But we have this treasure in jars of clay to show that this all-surpassing power is from God and not from us. We are hard pressed on every side, but not crushed; perplexed, but not in despair; persecuted, but not abandoned; struck down, but not destroyed. We always carry around in our body the death of Jesus, so that the life of Jesus may also be revealed in our body. For we who are alive are always being given over to death for Jesus’ sake, so that his life may also be revealed in our mortal body. (2 Corinthians 4:7-11)

-We put no stumbling block in anyone’s path, so that our ministry will not be discredited. Rather, as servants of God we commend ourselves in every way: in great endurance; in troubles, hardships and distresses; in beatings, imprisonments and riots; in hard work, sleepless nights and hunger; in purity, understanding, patience and kindness; in the Holy Spirit and in sincere love; in truthful speech and in the power of God; with weapons of righteousness in the right hand and in the left; through glory and dishonor, bad report and good report; genuine, yet regarded as impostors; known, yet regarded as unknown; dying, and yet we live on; beaten, and yet not killed; sorrowful, yet always rejoicing; poor, yet making many rich; having nothing, and yet possessing everything. (2 Corinthians 6:3-10)

-Are they Hebrews? So am I. Are they Israelites? So am I. Are they Abraham’s descendants? So am I. Are they servants of Christ? (I am out of my mind to talk like this.) I am more. I have worked much harder, been in prison more frequently, been flogged more severely, and been exposed to death again and again. Five times I received from the Jews the forty lashes minus one. Three times I was beaten with rods, once I was pelted with stones, three times I was shipwrecked, I spent a night and a day in the open sea, I have been constantly on the move. I have been in danger from rivers, in danger from bandits, in danger from my fellow Jews, in danger from Gentiles; in danger in the city, in danger in the country, in danger at sea; and in danger from false believers. I have labored and toiled and have often gone without sleep; I have known hunger and thirst and have often gone without food; I have been cold and naked. Besides everything else, I face daily the pressure of my concern for all the churches. Who is weak, and I do not feel weak? Who is led into sin, and I do not inwardly burn? If I must boast, I will boast of the things that show my weakness. (2 Corinthians 11:22-30)

It is time we got back to biblical Christianity, and reject all the compromise, all the carnality, and all the worldliness we find in so many churches today. Thank God there are many churches still standing strong and remaining true to Christ and his Word. But really, there should be many, many more.

I have to once again conclude with someone who knew all about these matters, Leonard Ravenhill: “If Jesus had preached the same message that ministers preach today, He would never have been crucified.”