No matter what your circumstances, God has a plan. If you’re beat up and feel like you have nothing left to offer, let the Master take control. He knows your purpose, and He will see you through. 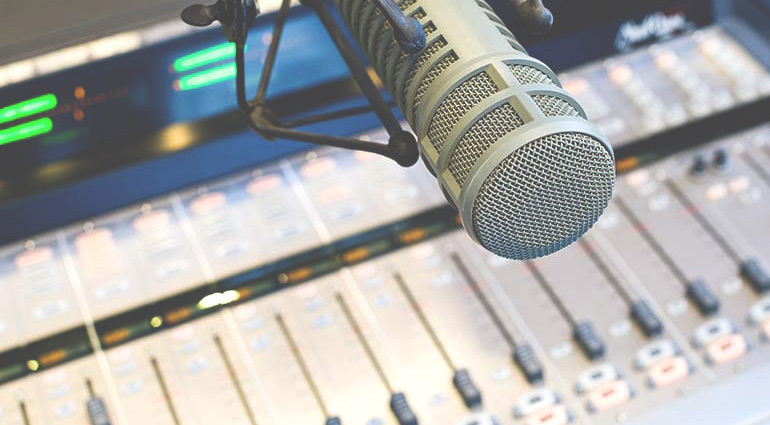 My nerves fluttering, I waited for the phone to ring and the radio interview to start. I wondered what questions the host would ask and how I would respond. “Lord, I’m much better on paper,” I prayed. “But I suppose it’s the same as Moses—I need to trust that you will give me the words to speak.”

Of course I’m not comparing myself with Moses, the leader of God’s people who helped them escape slavery in Egypt to life in the Promised Land. A reluctant leader, Moses needed the Lord to reassure him that the Israelites would listen to him. The Lord revealed several signs to him, such as turning his shepherd’s staff into a snake (Ex. 4:3), but Moses hesitated to accept the mantle of leadership, saying he was slow of speech (v. 10). So God reminded him that He is the Lord and that He would help him speak. He would “be with his mouth” (as the original language translates, according to biblical scholars).

May my words today build up someone for Your glory.

We know that since the coming of the Holy Spirit at Pentecost, God’s Spirit lives within His children and that however inadequate we may feel, He will enable us to carry out the assignments He gives to us. The Lord will “be with our mouths.”

Lord Jesus, You dwell with me. May my words today build up someone for Your glory.

As God’s people we are His mouthpiece to spread His good news.

The heavenly Father has a grand plan for the life of every person, and it can be summed up with the word sanctification. If you have never been certain of the term’s meaning, you are not alone—many people are unclear about its definition and application. However, believers should understand it because the word applies to them.

In its verb form—sanctify—the term means “to make holy” or “to separate.” So when something is sanctified, it is separated from its former common usage and is dedicated for sacred purposes. The Old Testament mentions a number of things that the Lord sanctified: He made the seventh day holy, set aside the Levite tribe as priests, and even consecrated places like the Holy of Holies inside the tabernacle (Gen. 2:3; Num. 3).

The heavenly Father still sanctifies people today. Before a person places faith in Jesus Christ, he or she is spiritually dead and, in fact, an enemy of God (Eph. 2:1-3; Rom. 5:10). But the moment the choice is made to trust in Jesus Christ, sins are wiped away, and the individual is adopted into God’s family—set apart as a child of God, with a sacred purpose. This means believers aren’t here to chase after personal gain but are to serve the Lord and bring Him honor and glory.

As members of God’s family who are called upon to reflect His glory, believers are referred to as “saints.” We’re given this moniker—which shares its root with sanctification—not because we live sinless lives, but because we live a life consistent with the One we represent.

Secularists like to consider Earth as just one among many millions of planets, occupying an obscure place in an insignificant galaxy in a sea of nothingness. The Bible teaches, however, that Earth is very special to the Creator, performing a crucial role in the universe today and playing an unending role in the cosmic saga.

Earth is the only planet circling our sun on which life as we know it could (and does) exist. Other known planets are either “gas balls” or are covered with lifeless soil or frozen chemicals. From the apex of the atmosphere to the bottom of the oceans, from the coldest part of the poles to the warmest part of the equator, life thrives here. To this day, no evidence of life has been found on any other planet.

If the earth traveled much faster in its 584-million-mile journey around the sun, its orbit would become larger and it would move farther away from the sun. If it moved too far from this narrow habitable zone, all life would cease to exist. If it traveled slightly slower, the earth would move closer to the sun, and if it moved too close, all life would likewise perish.

The chances of a planet being just the right size, the proper distance away from the right star, etc., are extremely minute. The mathematical odds that all of these and other essential conditions happened by chance are astronomical—something like billions to one!

“I have made the earth, the man and the beast that are upon the ground, by my great power and by my outstretched arm, and have given it unto whom it seemed meet unto me” (Jeremiah 27:5). HMM III

Adapted from Unlocking the Mysteries of Genesis by Dr. Henry Morris III

Even the Spirit of truth; whom the world cannot receive, because it seeth him not, neither knoweth him: but ye know him; for he dwelleth with you, and shall be in you. —John 14:17

Here is the whole final message of the New Testament: Through the atonement in Jesus’ blood sinful men may now become one with God. Deity indwelling men! That is Christianity in its fullest effectuation, and even those greater glories of the world to come will be in essence but a greater and more perfect experience of the soul’s union with God.

Deity indwelling men! That, I say, is Christianity, and no man has experienced rightly the power of Christian belief until he has known this for himself as a living reality. Everything else is preliminary to this. Incarnation, atonement, justification, regeneration—what are these but acts of God preparatory to the work of invading and the act of indwelling the redeemed human soul? Man, who moved out of the heart of God by sin, now moves back into the heart of God by redemption. God, who moved out of the heart of man because of sin, now enters again His ancient dwelling to drive out His enemies and once more make the place of His feet glorious.

Thank You, Father, for that divine indwelling and all its implications. Thank You that fellowship, union and power are all mine when the Holy Spirit is within me. Amen.

The indications are all around us in Christianity that we are greatly in need of worshipers. We have a lot of men who are willing to sit on our church boards but have no desire for spiritual joy and radiance and who never show up for the church prayer meeting!

It has always seemed to me to be a frightful incongruity that men who do not pray and do not worship are nevertheless running many of the churches and ultimately determining the direction they will take.

It hits very close to our own situation, perhaps, but we should confess that in many “good churches,” we let the women do the praying and let the men do the voting!

God calls us to worship, but in many instances we are majoring in entertainment, just running a poor second to the theater. This is where we are, even in evangelical churches. Yet God’s first call to us is for the offering of true worship!

Behold the epitaph of all those blessed saints who fell asleep before the coming of our Lord! It matters nothing how else they died, this one point, in which they all agree, is the most worthy of
record, “they all died in faith.” In faith they lived—it was their comfort, their guide, their motive, and their support; and in the same spiritual grace they died, ending their life-song in the sweet strain in which they had so long continued. They did not die resting in the flesh or upon their own attainments; they made no advance from their first way of acceptance with God, but held to the way of faith to the end.