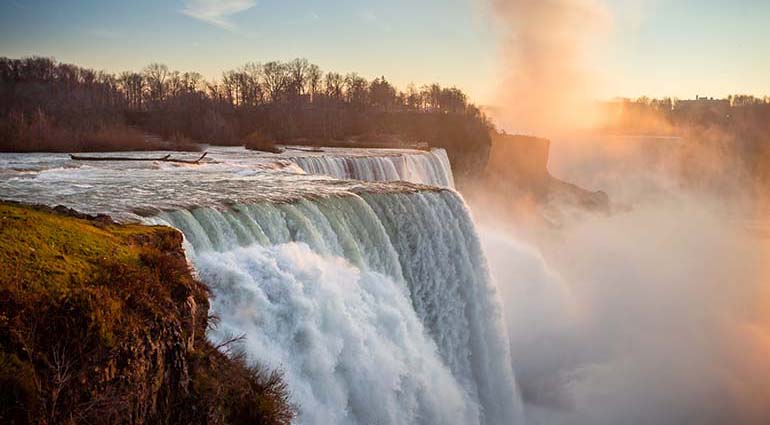 While attending a concert, my mind detoured to a troublesome issue that insisted on my attention. Thankfully, the distraction was short-lived as the words of a beautiful hymn began to reach deep into my being. A men’s a capella group was singing “Be Still, My Soul.” Tears welled up as I listened to the words and contemplated the restful peace that only God can give:

Be still, my soul: the Lord is on thy side! Bear patiently the cross of grief or pain; leave to thy God to order and provide; in every change He faithful will remain.

When we keep our minds on Jesus, He keeps our minds at peace.

When Jesus was denouncing the unrepentant towns where He had done most of His miracles (Matt. 11:20–24), He still had words of comfort for those who would come to Him. He said, “Come to me, all you who are weary and burdened . . . . learn from me, for I am gentle and humble in heart, and you will find rest for your souls” (vv. 28–29).

This statement is striking! Immediately following His strong words for those who were rejecting Him, Jesus extended an invitation to all to draw near to Him to find the peace we all yearn for. Jesus is the only one who can calm our restless, weary souls.

I come to You now, Lord, in need of rest for my heart. Help me to trust You and be confident in Your love.

When we keep our minds on Jesus, He keeps our minds at peace.

Therefore comfort one another with these words. 1 Thessalonians 4:18

Worry and discomfort can create a downward cycle of emotions. You receive some bad news—the death of a loved one, perhaps. In your discouraged state you find yourself unable to respond to additional troubling events, weakening you further. And the downward cycle continues until hope and relief is interjected by yourself or another.

The apostle Paul found the Thessalonian Christians in a troubled state of mind. They were deeply worried about never seeing their loved ones who had died before Christ’s return. And they were afraid that Christ had already returned and they had missed His appearing. Paul wrote to them words with which they could comfort one another. The subject of His words? The Rapture of the Church—the appearing of Christ in the heavens to gather His followers to Himself just prior to the seven-year Tribulation on earth. Taking the sting out of death would go a long way toward relieving any other earthly trouble.

Are you troubled? Don’t let the downward cycle begin. Comfort yourself with the truth of the any-moment appearing of Christ to gather you to Himself and take you to heaven. That blessed truth is enough to overcome any earthly travail.

Let thy hope of heaven master thy fear of death. William Gurnall

Our heavenly Father has promised to provide everything we need. Let’s consider some of the good gifts that are ours in Christ Jesus.

One universal human need is love. Through faith in Jesus, we’ve been adopted as the heavenly Father’s beloved children. But before this could take place, God’s justice had to be satisfied. You see, we were all born with a sinful nature that is bent away from the Lord. Because of the Father’s great love, He sent Jesus to take our place and experience judgment for our sin. Out of deep compassion for us, Jesus willingly suffered and died so we might become part of God’s family and experience His rich affection for us (John 3:16). Through our relationship with Him, this need for love is fully met.

In fact, by means of salvation, our Father also provided for two other basic needs—companionship and security. When we accept God’s offer of forgiveness, the Holy Spirit comes to live within us, fulfilling Jesus’ promise never to leave us (Heb. 13:5). This new relationship is permanent. What Jesus accomplished on the cross was fully accepted by God as payment for our sin debt. Furthermore, Christ Himself promised that no one can ever snatch us out of His hand (John 10:28). Therefore, we can rest in the knowledge that we are God’s children forever. That is true security.

Our deep need for love, security, and companionship is satisfied in an intimate relationship with the Lord. Have you trusted Christ so you could be permanently adopted into God’s family?

This remarkable glory cloud filling Solomon’s Temple at its dedication had also been present when the tabernacle in the wilderness was dedicated. At that time, Moses recorded how “a cloud covered the tent of the congregation, . . . and the glory of the LORD filled the tabernacle.” Furthermore, this “cloud of the LORD was upon the tabernacle by day, and fire was on it by night, in the sight of all the house of Israel, throughout all their journeys” (Exodus 40:34-35, 38). There could be no doubt as to His presence.

It is well known that this cloud of divine glory was called the Shekinah. Although this actual word never occurs in the Bible itself, it is closely related to the Hebrew words for “dwell” (shakan) and “tabernacle” (mishkan).

The significant truth here, of course, is not the name, but the fact. The glory cloud was removed when Israel became apostate. “And the glory of the LORD went up from the midst of the city” (Ezekiel 11:23).

When God returned to Earth in the person of His Son, “the Word was made flesh, and [tabernacled] among us.” Then, once again, those who had eyes to see “beheld his glory, the glory as of the only begotten of the Father” (John 1:14). By His Spirit, He now even lives in the human bodies of those who receive Him, and “Christ in you” becomes our own “hope of glory” (Colossians 1:27). Then, as we live in His Word, “we all, with open face beholding as in a glass the glory of the Lord, are changed into the same image from glory to glory, even as by the Spirit of the Lord” (2 Corinthians 3:18). HMM

Among the enemies to devotion none is so harmful as distractions. Whatever excites the curiosity, scatters the thoughts, disquiets the heart, absorbs the interests or shifts our life focus from the kingdom of God within us to the world around us—that is a distraction; and the world is full of them. Our science-based civilization has given us many benefits but it has multiplied our distractions and so taken away far more than it has given….

The remedy for distractions is the same now as it was in earlier and simpler times, viz., prayer, meditation and the cultivation of the inner life. The psalmist said, “Be still, and know” (Psalm 46:10), and Christ told us to enter into our closet, shut the door and pray unto the Father. It still works….

Distractions must be conquered or they will conquer us. So let us cultivate simplicity; let us want fewer things; let us walk in the Spirit; let us fill our minds with the Word of God and our hearts with praise. In that way we can live in peace even in such a distraught world as this. “Peace I leave with you, my peace I give unto you” (John 14:27).

Lord, it is difficult to find that “closet” where I can commune with You in unhurried, uncluttered quiet. Calm me now as I seek that peaceful meditation. Amen.

Looking diligently… lest any root of bitterness springing up trouble you. (Hebrews 12:15)

It is on record that Charles Spurgeon made this comment about a man who was well-known for his bitter and resentful spirit: “May the grass grow green on his grave when he dies, for nothing ever grew around him while he lived!”

The sad and depressing bitter soul will compile a list of slights at which it takes offense and will watch over itself like a mother bear over her cubs. And the figure is apt, for the resentful heart is always surly and suspicious like a she-bear!

In our Christian fellowship, what can be more depressing than to find a professed Christian defending his or her supposed rights and bitterly resisting any attempt to violate them? Such a Christian has never accepted the way of the Cross. The sweet graces of meekness and humility are unknown to that person. Every day he or she grows harder and more acrimonious, trying to defend reputation, right, ministry, against imagined foes.

Is there a cure for this? Yes! The cure is to die to self and rise with Christ into newness of life!

Endeavor to know the Father, bury your head in his bosom in deep repentance, and confess that you are not worthy to be called his son; receive the kiss of his love; let the ring which is the token of his eternal faithfulness be on your finger; sit at his table and let your heart make merry in his grace. Then press forward and seek to know much of the Son of God; know him as eternal God, and yet suffering, finite man; follow him as he walks the waters with the tread of deity, and as he sits upon the well in the weariness of humanity. Be not satisfied unless you know much of Jesus Christ as your Friend, your Brother, your Husband, your all.