I Heard the Bells on Christmas Day / Peace On Earth with the back-story of Henry Wadsworth Longfellow, set with Civil War and Iraq War images.

One of the most familiar carols we hear during the holidays is “I Heard the Bells on Christmas Day.” The story behind the song, based on a poem by Henry Wadsworth Longfellow, is very interesting.

In 1860, Longfellow was at the peak of his success as a poet. Abraham Lincoln had just been elected President, giving hope to many in the nation. But things soon turned dark for America and for Longfellow, personally. The Civil War began the following year, and Longfellow’s wife died of severe burns after her dress caught fire. Longfellow sustained severe burns on his hands and face from trying to save his wife. He was so badly burned that he could not even attend her funeral. In his diary for Christmas Day 1861, he wrote, “How inexpressibly sad are the holidays.”

In 1862, the Civil War escalated and the death toll from the war began to mount. In his diary for that year, Longfellow wrote of Christmas, “‘A merry Christmas,’ say the children, but that is no more for me.” In 1863, Longfellow’s son, who had run away to join the Union Army, was severely wounded and returned home in December. There is no entry in Longfellow’s diary for that Christmas.

For Christmas Day that year, Longfellow wanted to pull out of his despair, so he decided to try to capture the joy of Christmas. He began:

I heard the bells on Christmas Day
Their old familiar carols play,
And wild and sweet
The words repeat
Of peace on earth, good-will to men

As Longfellow came to the sixth stanza, he was stopped by the thought of the condition of his beloved country. The Battle of Gettysburg was not long past. Days looked dark, and he probably asked himself the question, “How can I write about peace on earth, goodwill to men in this war-torn country, where brother fights against brother and father against son?” But he kept writing and what did he write?

I heard the bells on Christmas Day
Their old familiar carols play,
And wild and sweet
The words repeat
Of peace on earth, good-will to men

There is no peace on earth,” I said;
“For hate is strong,
And mocks the song
Of peace on earth, good-will to men!”
That could be said of our day as well.

But then, catching an eternal perspective and the real message of Christmas and Christ Himself, he wrote:

Then pealed the bells more loud and deep;
“God is not dead; nor doth he sleep!
The Wrong shall fail,
The Right prevail,
With peace on earth, good-will to men!” 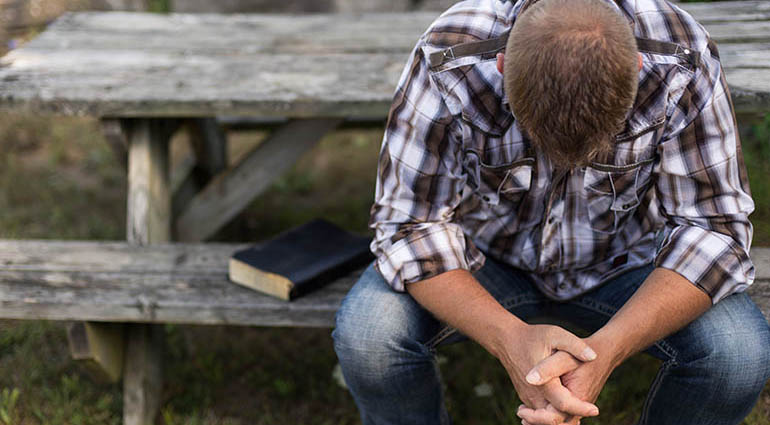 The earnest prayer of a righteous person has great power and produces wonderful results. James 5:16 nlt

God often chooses to move through our prayers to accomplish His work. We see this when God told the prophet Elijah, “I will send rain on the land,” promising to end a drought in Israel that had lasted three and a half years (James 5:17). Even though God had promised rain, a short time later “Elijah climbed to the top of Carmel, bent down to the ground and put his face between his knees”—praying intently for the rain to come (1 Kings 18:42). Then, while he continued to pray, Elijah sent his servant to go and look out over the ocean “seven times,” scanning the horizon for any sign of rain (v. 43).

Elijah understood that God wants us to join in His work through humble, persistent prayer. Regardless of our human limitations, God may choose to move through our praying in amazing ways. That’s why the letter of James tells us that “the earnest prayer of a righteous person has great power and produces wonderful results,” all the while reminding us that “Elijah was as human as we are” (James 5:16–17 nlt).

How can I serve You through my prayers today, Father?

When we make it our aim to serve God through praying faithfully as Elijah did, we’re taking part in a beautiful privilege—where at any moment we may be given a front-row seat to a miracle!

How can I serve You through my prayers today, Father?

As a prisoner in a Roman jail, Paul felt disappointment over being deserted in his hour of great need. The apostle was defending himself before a tribunal and would be put to death if the court decided against him. Yet of the many people whose lives he had touched, not one was present to support him.

There are plenty of logical reasons to explain why Paul’s friends and the converts he had won to the Lord were absent. For example, the witnesses in a Roman court were frequently counted as co-conspirators and shared the fate of the accused. No one wanted the death sentence that might result from standing up for Paul.

I think there was also a more subtle cause, to which many modern believers can relate. When Paul’s loved ones looked at him, they saw a spiritual giant whose faith could withstand any challenge. They may have thought to themselves, He doesn’t need my help or support.

And don’t we do the same thing when it comes to our pastors, Bible teachers, and other spiritual leaders? We judge the depth of someone else’s faith and take for granted that such a mature Christian can face what lies ahead. However, every single person has human frailties and moments when his or her faith wavers.

Paul knew that God would take care of him, but he still desired a friend’s touch, words of encouragement, and the physical presence of loved ones. Do not assume that another person can do without your aid and friendship. Believers are called to minister to each other (1 Thess. 5:11).

“And you hath he quickened, who were dead in trespasses and sins.” (Ephesians 2:1)

There are three descriptions of what we were prior to God’s work in us, as described in the second chapter of Ephesians and as listed below. We were “dead in trespasses [activities] and sins [character, attitude, condition].” The result was that we were unable to understand or seek God on our own (Romans 3:10-11). Nor are we able to know the “things of God” by our own intellectual prowess (1 Corinthians 2:14). “We walked according to the course of this world” (Ephesians 2:2) in “bondage” to the world (Galatians 4:3) and with the eyes of our minds “blinded” by Satan (2 Corinthians 4:4). We are “by nature the children of wrath” (Ephesians 2:3). Both our natural desires (5:5-6) and our willful unbelief (John 3:36) have placed us under the ever-increasing wrathful judgment of God (Romans 2:5-9).

That power “raises” us and “seats” us with God positionally in the heavens (Ephesians 2:6). That grace is effected through faith, and even “that not of yourselves: it is the gift of God: Not of works, lest any man should boast” (vv. 8-9).

Whatever all of these promises may ultimately involve, they assure us of permanent status as the chosen, holy ones of God (Romans 8:29-39), “that in the ages to come he might shew the exceeding riches of his grace in his kindness toward us through Christ Jesus” (Ephesians 2:7). HMM III

When there is admiration, that is, appreciation of the excellency of God. Man is better qualified to appreciate God than any other creature because he was made in His image and is the only creature who was. This admiration for God grows and grows until it fills the heart with wonder and delight. “In our astonished reverence we confess Thine uncreated loveliness,” said the hymn writer. “In our astonished reverence.” The God of the modern evangelical rarely astonishes anybody. He manages to stay pretty much within the constitution. Never breaks over our bylaws. He’s a very well-behaved God and very denominational and very much one of us, and we ask Him to help us when we’re in trouble and look to Him to watch over us when we’re asleep. The God of the modern evangelical isn’t a God I could have much respect for. But when the Holy Ghost shows us God as He is we admire Him to the point of wonder and delight.

Maybe it’s time, Lord, for You to show us a new and unusual vision of Your majesty and power! Come among us in power and restore to us a sense of wonder,astonishment and delight. Amen.

Many persons who have been raised in our churches no longer think in terms of reverence, which seems to indicate that they doubt God’s presence is there! Much of the blame must be placed on the growing acceptance of a worldly secularism that seems much more appealing than any real desire for the spiritual life that is pleasing to God.

No great and spiritually minded men of God are going to come out of such churches, nor any great spiritual movement of believing prayer and revival. If God is to be honored and revered and truly worshiped, He may have to sweep us away and start somewhere else!

Let us confess that there is a necessity for true worship among us. If God is who He says He is and if we are the believing people of God we claim to be, we must worship Him! In my own assessment, for men and women to lose the awareness of God in our midst is a loss too terrible ever to be appraised!

It was a divine song, which Habakkuk sang when in the night he said, “Although the fig tree shall not blossom, neither shall fruit be in the vines; the labor of the olive shall fail, and the fields shall yield no meat; the flock shall be cut off from the fold, and there shall be no herd in the stalls: yet I will rejoice in the Lord, I will joy in the God of my salvation.” No man can make a song in the night of himself; he may attempt it, but he will find that a song in the night must be divinely inspired. O thou chief musician, let us not remain songless because affliction is upon us, tune thou our lips to the melody of thanksgiving.