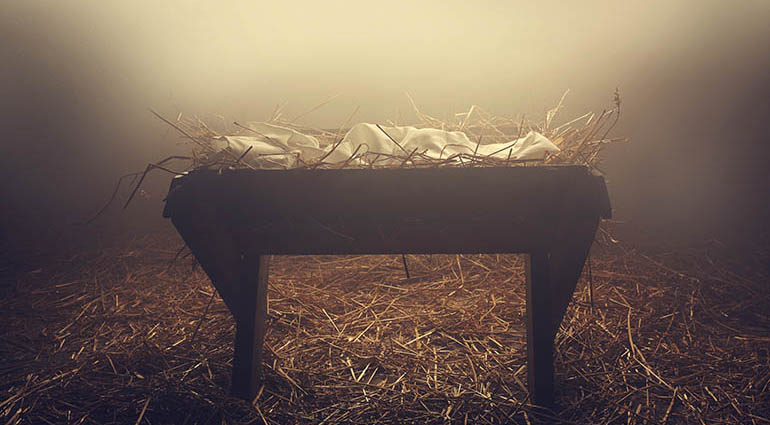 Even if my father and mother abandon me, the Lord will hold me close. Psalm 27:10 nlt

A baby just hours old was left in a manger in a Christmas nativity outside a New York church. A young, desperate mother had wrapped him warmly and placed him where he would be discovered. If we are tempted to judge her, we can instead be thankful this baby will now have a chance in life.

This gets personal for me. As an adopted child myself, I have no idea about the circumstances surrounding my birth. But I have never felt abandoned. Of this much I am certain: I have two moms who wanted me to have a chance in life. One gave life to me; the other invested her life in me.

In Exodus we read about a loving mother in a desperate situation. Pharaoh had ordered the murder of all baby boys born to the Jewish people (1:22). So Moses’s mother hid him as long as she could. When Moses was three months old, she put him in a watertight basket and placed the basket in the Nile River. If the plan was to have the baby rescued by a princess, grow up in Pharaoh’s palace, and eventually deliver his people out of slavery, it worked perfectly.

When a desperate mother gives her child a chance, God can take it from there. He has a habit of doing that—in the most creative ways imaginable.

Father, today we pray for those facing desperate and lonely times. We pray especially for poor and defenseless children everywhere. Help us meet their needs as we are able.

INSIGHT:As a result of Jochebed’s faith in God, Moses was saved. Amazingly, Jochebed was even paid by Pharaoh’s daughter to nurse her own son! (Ex. 2:7–9). As the grandson of the Pharaoh, Moses was given the best education possible as well as military and administrative training that would enable him to lead many Jews out of Egypt (Acts 7:22). Pharaoh sponsored all of this. The baby in peril is now a baby of privilege. Only God could accomplish something like this!
By Tim Gustafson