The Christmas Story is probably our favorite Bible story because of the hope it provides for all of us.

The Bible is the most popular book in human history, and with good reason. From the creation of mankind to the end of the world, The Bible teaches us critical lessons through leading personalities like Moses, Noah and Jesus- and of course the Christmas Story, one Bible story at a time. 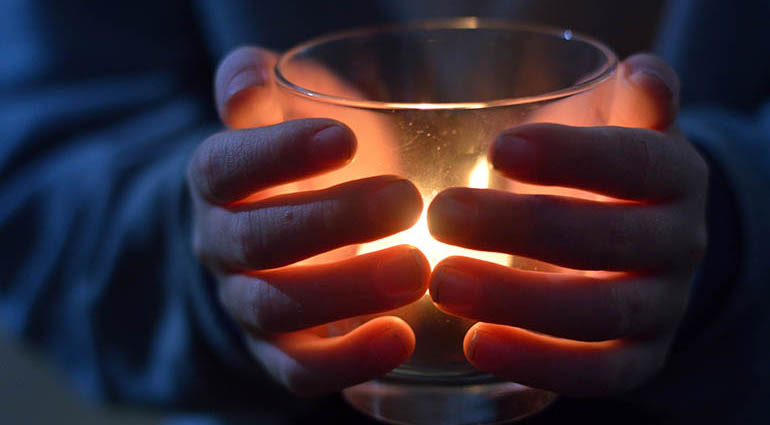 On those living in the land of deep darkness a light has dawned. Isaiah 9:2

Rev. Martin Niemoller, a prominent German pastor, spent nearly eight years in Nazi concentration camps because he openly opposed Hitler. On Christmas Eve 1944, Niemoller spoke these words of hope to his fellow prisoners in Dachau:  “My dear friends, on this Christmas . . . let us seek, in the Babe of Bethlehem, the One who came to us in order to bear with us everything that weighs heavily upon us. . . . God Himself has built a bridge from Himself to us! A dawn from on high has visited us!”

At Christmas we embrace the good news that God, in Christ, has come to us wherever we are and has bridged the gap between us. He invades our prison of darkness with His light and lifts the load of sorrow, guilt, or loneliness that weighs us down.

On those living in the land of deep darkness a light has dawned. Isaiah 9:2

On that bleak Christmas Eve in prison, Niemoller shared this good news:  “Out of the brilliance that surrounded the shepherds a shining ray will fall into our darkness.” His words remind us of the prophet Isaiah, who prophetically said, “The people walking in darkness have seen a great light; on those living in the land of deep darkness a light has dawned” (Isa. 9:2).

No matter where today finds us, Jesus has penetrated our dark world with His joy and light!

Lord Jesus, we find hope and strength in knowing that Your light shines in the darkness, and the darkness has not overcome it.

The joy of Christmas is Jesus.

INSIGHT:An old song proclaims, “The whole world was lost in the darkness of sin; the light of the world is Jesus.” How can we spread Jesus’s light? Do you have guests coming for Christmas dinner? Pray that your demeanor may reflect Christ’s care and concern. Perhaps some of us may feel a need to invite to our home those who may be lonely or neglected. Others may want to serve food at a mission and talk with those who are emotionally hurting. “Let your light shine . . . that [others] may see your good deeds and praise your Father in heaven.” This will bring joy to God, to others, and to ourselves.
By David McCasland

Look around you. While many may be enjoying the festivities of Christmas, some are still holding on to bitterness and disdain. But don’t be surprised—the problem isn’t the season; it’s the Savior. Our need for salvation reminds us of our own shortcomings and inability to redeem ourselves.

This is not the first time that Jesus stirred up antagonism in someone’s heart. Herod was troubled when he heard that the magi were looking for the King of the Jews. When they didn’t return to report the location of the Christ child, he became enraged and slaughtered all the male children in Bethlehem who were two years of age and under (Matt. 2:16).

What is it about Jesus that causes some people to feel such hostility? Herod’s fury was fueled by his desire for power and control. He didn’t want another king, no matter how small, to dethrone him. People today scorn the celebration of Christ’s birth for the same reason—they don’t want anyone else ruling their life.

Romans 1:18 says that people who reject Jesus Christ have suppressed the truth. The Lord pointed out that those who fear their deeds will be exposed as evil won’t come to the Light (John 3:19-20). However, we should never assume that salvation is impossible for someone who is hostile to Jesus. After all, the apostle Paul was an aggressive persecutor of the church until his conversion.

Sometimes, people who resent Christianity and Christmas may seem unreachable to us. But remember: No one is beyond the reach of Jesus.

“But thou, Bethlehem Ephratah, though thou be little among the thousands of Judah, yet out of thee shall he come forth unto me that is to be ruler in Israel; whose goings forth have been from of old, from everlasting.” (Micah 5:2)

This is a very remarkable prophecy, explicitly predicting that the future King of Israel would be born in the little village of Bethlehem some 700 years before He finally came. Then, to assure its fulfillment, the great Emperor Augustus had to decree a comprehensive census, compelling Joseph to take Mary with him to Bethlehem for her child to be born.

That the prophecy involves an actual birth is clear, not only from the phrase “come forth,” but also from the succeeding verse that warns God will “give them up, until the time that she which travaileth hath brought forth” (v. 3). The preceding verse had also predicted that “they shall smite [this coming ruler] the judge of Israel with a rod upon the cheek” (v. 1), speaking of His initial rejection and execution.

But the prophecy not only foresees His birth in Bethlehem, His repudiation by His own people, and His eventual installation as King over all Israel (not merely Judah), but also that this same remarkable person was none other than God Himself! His “goings forth” had been “from everlasting.” That is, He is eternally proceeding forth from His Father. He did not become God’s Son when He was born in Bethlehem; He has been coming forth eternally.

There is still another truth implied in the Hebrew word for “goings forth.” It is also used for such things as the flowing of water from a fountain or the radiations from the sun. Thus, the never-ending flowing forth of power from God through the Son is nothing less than the sustaining energy for the whole creation, as He is “upholding all things by the word of his power” (Hebrews 1:3). And this was the Babe in Bethlehem! HMM

Love not the world, neither the things that are in the world. If any man love the world, the love of the Father is not in him. —1 John 2:15

We are all in process of becoming. We have already moved from what we were to what we are, and we are now moving toward what we shall be….

Not only are we all in the process of becoming, we are becoming what we love. We are to a large degree the sum of our loves and we will of moral necessity grow into the image of what we love most; for love is among other things a creative affinity; it changes and molds and shapes and transforms. It is without doubt the most powerful agent affecting human nature next to the direct action of the Holy Spirit of God within the soul.

What we love is therefore not a small matter to be lightly shrugged off; rather it is of present, critical and everlasting importance. It is prophetic of our future. It tells us what we shall be, and so predicts accurately our eternal destiny….

To become like God is and must be the supreme goal of all moral creatures. This is the reason for their creation, the end apart from which no excuse can be found for their existence.

Lord, wean me from unworthy loves, and give me a pure, full love for You, that I
might become like You. Amen.

It is tragic that men and women everywhere are losing the sense of wonder, confessing now only one interest in life—and that is utility! Even Christmas Day has been degraded.

We ignore the beautiful and the majestic, asking only “How can I use it? How much profit will it bring?”

But let me tell you that it has been a never-failing delight throughout my years to watch little children on Christmas morning. The gifts may be humble, but the child’s burst of spontaneous delight and wonder is genuine and rewarding. That incredulous look in the child’s face— everything is full of wonder and beauty!

Sad, indeed, for adults to lose the wonder in worship—for worship is wonder and wonder is worship!

Our heavenly Father often draws us with the cords of love. How slowly do we respond to his gentle impulse! He draws us to exercise a more simple faith in him; but we have not yet attained to Abraham’s confidence; we do not leave our worldly cares with God. Our meager faith brings leanness into our souls; we do not open our hearts wide, though God has promised to fill them. Does he not this day draw us to trust him? Can we not hear him say, “Come, my child, and trust me. The veil is rent; enter into my presence, I am worthy of thy fullest confidence; cast thy cares on me. Shake thyself from the dust of thy cares, and put on thy beautiful garments of joy.”