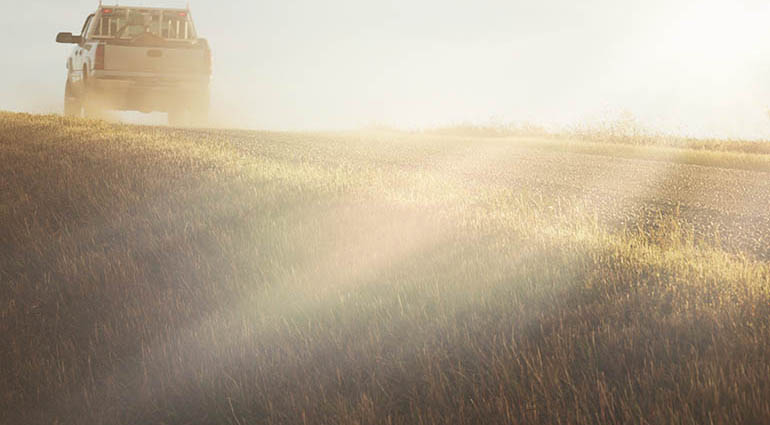 Come to me, all you who are weary and burdened, and I will give you rest. Matthew 11:28

A man driving his pickup truck on a country track saw a woman carrying a heavy load, so he stopped and offered her a lift. The woman expressed her gratitude and climbed into the back of the truck.

A moment later, the man noticed a strange thing: the woman was still holding onto her heavy load despite sitting in the vehicle! Astonished, he pleaded, “Please, Madam, put down your load and take your rest. My truck can carry you and your stuff. Just relax.”

Come to me, all you who are weary and burdened, and I will give you rest. Matthew 11:28

What do we do with the load of fear, worry, and anxiety we often carry as we go through life’s many challenges? Instead of relaxing in the Lord, I sometimes behave like that woman. Jesus said, “Come to me, all you who are weary and burdened, and I will give you rest” (Matt. 11:28), yet I’ve caught myself carrying burdens I should offload onto Jesus.

We put down our burdens when we bring them to the Lord in prayer. The apostle Peter says, “Cast all your anxiety on [Jesus] because he cares for you” (1 Peter 5:7). Because He cares for us, we can rest and relax as we learn to trust Him. Instead of carrying the burdens that weigh us down and weary us, we can give them to the Lord and let Him carry them.

I’m tired, Lord. I bring You my burdens today. Please keep them and carry them for me.

Prayer is the place where burdens change shoulders.

INSIGHT:A yoke pairs two animals together to pull a load. Often an older, stronger, well-trained animal is paired with a younger animal so that the younger can learn the proper method of pulling. It is the older, stronger animal that does the majority of the pulling while the younger follows along and mimics the actions of the older. As we set aside our burdens and take on Christ’s, we are not simply swapping one burden for another. It is His yoke. We set aside our lone burdens to pull with Jesus, who is the one responsible for the direction and primary force of moving the burden. Then each of us, as the younger, weaker, less-experienced partner learns from Jesus how to pull the burden, following His actions and mimicking His footsteps.
By Lawrence Darmani