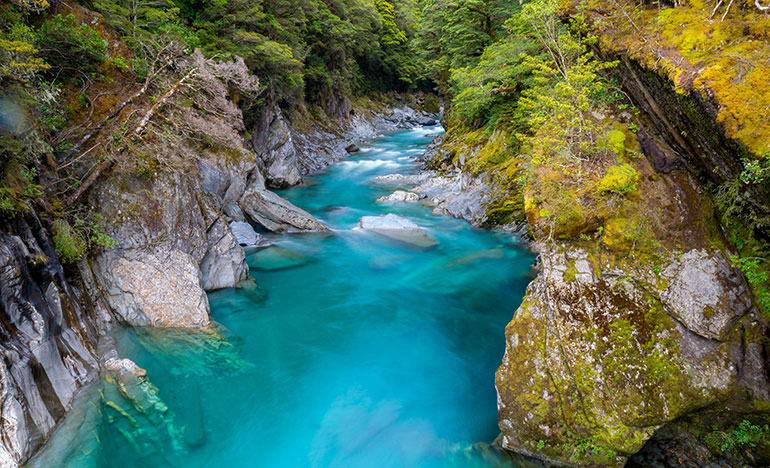 Our Lord never “patches up” our natural virtues, that is, our natural traits, qualities, or characteristics. He completely remakes a person on the inside— “…put on the new man…” (Ephesians 4:24). In other words, see that your natural human life is putting on all that is in keeping with the new life. The life God places within us develops its own new virtues, not the virtues of the seed of Adam, but of Jesus Christ. Once God has begun the process of sanctification in your life, watch and see how God causes your confidence in your own natural virtues and power to wither away. He will continue until you learn to draw your life from the reservoir of the resurrection life of Jesus. Thank God if you are going through this drying-up experience!

The sign that God is at work in us is that He is destroying our confidence in the natural virtues, because they are not promises of what we are going to be, but only a wasted reminder of what God created man to be. We want to cling to our natural virtues, while all the time God is trying to get us in contact with the life of Jesus Christ— a life that can never be described in terms of natural virtues. It is the saddest thing to see people who are trying to serve God depending on that which the grace of God never gave them. They are depending solely on what they have by virtue of heredity. God does not take our natural virtues and transform them, because our natural virtues could never even come close to what Jesus Christ wants. No natural love, no natural patience, no natural purity can ever come up to His demands. But as we bring every part of our natural bodily life into harmony with the new life God has placed within us, He will exhibit in us the virtues that were characteristic of the Lord Jesus.

And every virtue we possess

Our blest Redeemer, ere He breathed

It was a long day at work. But when I got home, it was time to start my “other” job­: being a good dad. Greetings from my wife and kids soon became, “Dad, what’s for dinner?” “Dad, can you get me some water?” “Dad, can we play soccer?”

I just wanted to sit down. And even though part of me really wanted to be a good dad, I didn’t feel like serving my family’s needs. That’s when I saw it: a thank-you card my wife had received from someone at church. It pictured a bowl of water, a towel, and dirty sandals. Across the bottom were these words from Luke 22:27: “I am among you as one who serves.”

That statement of Jesus’s mission, to serve those He came to seek and save (Luke 19:10), was exactly what I needed. If Jesus was willing to do the dirtiest of jobs for His followers—like scrubbing His followers’ no doubt filthy feet (John 13:1–17)—I could get my son a cup of water without grumbling about it. In that moment, I was reminded that my family’s requests to serve them weren’t merely an obligation, but an opportunity to reflect Jesus’s servant heart and His love to them. When requests are made of us, they are chances to become more like the One who served His followers by laying down His life for us.

Lord, sometimes it’s hard to serve others’ needs. Help us to become more like You, willing to express Your love in the many opportunities we have to serve those around us each day.

God’s love for us empowers us to serve others.

Not only did Jesus model a servant’s heart, serving was an ongoing theme in His teaching—and one that His disciples consistently forgot. In one of Jesus’s last public discourses He said, “The greatest among you will be your servant” (Matthew 23:11). Then in John 13:1–17 He modeled that attitude by washing the disciples’ feet—embracing a task usually reserved for the lowest servant in the household. However, just hours later, the disciples argued about which of them deserved the highest position! (Luke 22:24). Tragically, this dispute took place as they were walking to Gethsemane, where the events leading up to Jesus’s time of suffering would begin.

How does reflecting on the heart of our Master and His call for us to be servants encourage you when you are called to serve others?

Our heavenly Father delights in meeting His children’s needs and fulfilling their desires. Yet many Christians walk through life with less than God’s best. How can we avoid missing out on His blessings?

Psalm 81 provides insight. The writer refers to a time when the Israelites missed the opportunity to receive God’s best. As we know from the book of Exodus, the nation gratefully praised Him for their release from bondage. But then they quickly forgot and worshipped other gods, complaining about their circumstances in the wilderness. This unhealthy pattern continued all throughout the Old Testament, as the people would turn to Jehovah in time of need and then drift away.

Psalm 81:8-10 reveals God’s perspective: “O Israel, if you would listen to Me! Let there be no strange god among you … I, the Lord, am your God, who brought you up from the land of Egypt; open your mouth wide and I will fill it.”

We, too, might have needs and desires that are unmet because of disobedience. Today, most people don’t worship statues, as the wayward Israelites did. Our idols are less obvious—they might include a relationship, job, hobby, or anything else we put ahead of the Lord. Even making decisions based upon what others think can be idolatry; our choices should be made on the basis of biblical principle and the Holy Spirit’s guidance.

Ask the Lord to reveal anything that hinders your receiving His best. Listen carefully, and let Him help with the areas He brings to your attention. He is ready to guide and bless you.

“And the LORD said unto Noah, Come thou and all thy house into the ark; for thee have I seen righteous before me in this generation.” (Genesis 7:1)

This is the first mention of the great doctrine of justification in the Bible­—that is, being seen as “righteous” by God. The same Hebrew word is translated “just” in Genesis 6:9: “Noah was a just man.” The reason why Noah was seen as righteous and therefore as just, or justified before God, was that “Noah found grace in the eyes of the LORD” (Genesis 6:8). This is the first mention of “grace” in the Bible. The first mention of “faith” or “belief” is also associated with justification. “[Abraham] believed in the LORD; and he counted it to him for righteousness” (Genesis 15:6).

Thus, justification is by grace through faith in the Old Testament and certainly in the New. “Being justified freely by his grace through the redemption that is in Christ Jesus” and also “being justified by faith, we have peace with God through our Lord Jesus Christ” (Romans 3:24; 5:1).

Justification—that is, being seen and proclaimed as perfectly righteous, even in spite of past sins—must of course be authorized by God the Creator. “It is God that justifieth” (Romans 8:33). That God can indeed be both “just, and the justifier of him which believeth in Jesus” (Romans 3:26) is based entirely on the substitutionary death and bodily resurrection of Christ, who conquered death. “Being now justified by his blood,” the Lord Jesus Christ “was delivered for our offences, and was raised again for our justification” (Romans 5:9; 4:25).

Now, although we are freely justified by grace through faith, such justification inevitably generates good works also, for “by works a man is justified, and not by faith only” (James 2:24). HMM

It is quite a relief to get rid of Ahaz and meet with one of the best of kings. Now Judah will prosper again.

Those who mean to do well cannot begin too early; the first year of this king’s reign was full of good.

Those who are to sanctify God’s house must themselves first be sanctified; we cannot cleanse others if our own hands are foul.

That memorable brook which our Lord crossed when he once for all sanctified his people. All the uncleanness of our holy things he has beheld; and by passing over that brook in sorrow he has put it all away.

The house being purged, worship could begin; our hearts also must be purified before we can offer acceptable homage to the Lord.

Those who love God desire others to join with them in his service: true revivals create a missionary spirit. The kingdom of Israel was dissolving, and the poor people who remained could be reached by Hezekiah.

And no wonder. Ridicule is the favourite weapon of wicked men. Let us not marvel if the world scorns us and our entreaties; it only acts after its own nature.

Thank God, there is always some good soil for the divine seed to fall upon. Let us not be weary in well-doing.

The hand of the Lord works wonders: our churches and our nation need it. Lord, stretch out thy saving arm and glorify thy Son.

For it is a good thing that the heart be established with grace… grace be with you all. Amen. (Hebrews 13:9, 25)

That depends upon what kind of grace we are talking about.

Pastor Dietrich Bonhoeffer gave his life as a martyr in Hitler’s Germany, but he left a book now known around the world: The Cost of Discipleship. He pointed out a sharp distinction between “cheap grace” and “costly grace.” Although God’s grace has been given freely to humans who do not deserve it, Bonhoeffer believed it rightly could be called “costly grace” because it cost our Lord Jesus Christ even the suffering of death.

Some men and women have actually turned God’s grace into lasciviousness. They do not know what the word grace means—that God gives us out of His rich and full goodness although we are unworthy of it. When I preach about the grace of God and point out that Jesus commanded us to take up our cross and follow Him, those who do not know the meaning of grace respond: “Oh, Tozer is now preaching legalism.”

“He that watereth shall be watered also himself.” Prov. 11:25

I may care about myself till I grow morbid; I may watch over my own feelings till I feel nothing; and I may lament my own weakness till I grow almost too weak to lament. It will be far more profitable for me to become unselfish, and out of love to my Lord Jesus begin to care for the souls of those around me. My tank is getting very low; no fresh rain comes to fill it; what shall I do? I will pull up the plug, and let its contents run out to water the withering plants around me. What do I see? My cistern seems to fill as it flows. A secret spring is at work. While all was stagnant, the fresh spring was sealed; but as my stock flows out to water others the Lord thinketh upon me. Hallelujah!