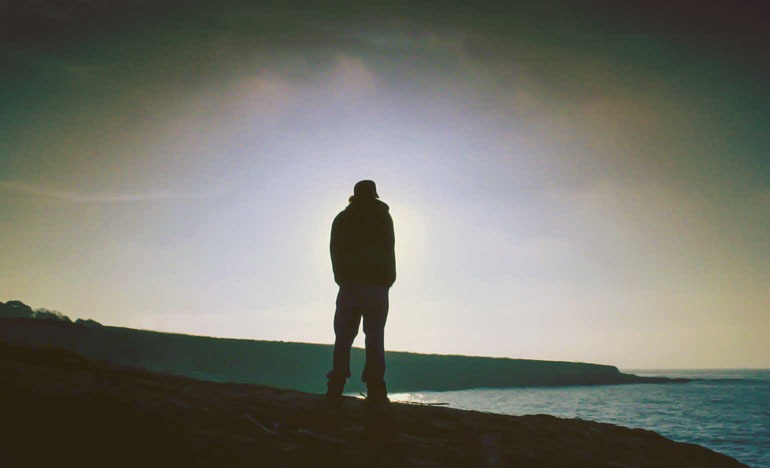 The Discipline of Hearing

Whatever I tell you in the dark, speak in the light; and what you hear in the ear, preach on the housetops. —Matthew 10:27

Sometimes God puts us through the experience and discipline of darkness to teach us to hear and obey Him. Song birds are taught to sing in the dark, and God puts us into “the shadow of His hand” until we learn to hear Him (Isaiah 49:2). “Whatever I tell you in the dark…” — pay attention when God puts you into darkness, and keep your mouth closed while you are there. Are you in the dark right now in your circumstances, or in your life with God? If so, then remain quiet. If you open your mouth in the dark, you will speak while in the wrong mood— darkness is the time to listen. Don’t talk to other people about it; don’t read books to find out the reason for the darkness; just listen and obey. If you talk to other people, you cannot hear what God is saying. When you are in the dark, listen, and God will give you a very precious message for someone else once you are back in the light.

After every time of darkness, we should experience a mixture of delight and humiliation. If there is only delight, I question whether we have really heard God at all. We should experience delight for having heard God speak, but mostly humiliation for having taken so long to hear Him! Then we will exclaim, “How slow I have been to listen and understand what God has been telling me!” And yet God has been saying it for days and even weeks. But once you hear Him, He gives you the gift of humiliation, which brings a softness of heart— a gift that will always cause you to listen to God now.

We have no right to judge where we should be put, or to have preconceived notions as to what God is fitting us for. God engineers everything; wherever He puts us, our one great aim is to pour out a whole-hearted devotion to Him in that particular work. “Whatsoever thy hand findeth to do, do it with thy might.” My Utmost for His Highest, April 23, 773 L

Let us then approach God’s throne of grace with confidence. Hebrews 4:16

“The captain has turned on the seat belt sign, indicating that we are entering an area of turbulence. Please return to your seats immediately and securely fasten your seat belt.” Flight attendants give that warning when necessary because in rough air, unbuckled passengers can be injured. Secured in their seats, they can safely ride out the turbulence.

Most of the time, life doesn’t warn us of the unsettling experiences coming our way. But our loving Father knows and cares about our struggles, and He invites us to bring our cares, hurts, and fears to Him. The Scriptures tell us, “This High Priest of ours understands our weaknesses, for he faced all of the same testings we do, yet he did not sin. So let us come boldly to the throne of our gracious God. There we will receive his mercy, and we will find grace to help us when we need it most” (Hebrews 4:15–16 nlt).

Let us then approach God’s throne of grace with confidence. Hebrews 4:16

In seasons of turbulence, going to our Father in prayer is the best thing we can do. The phrase “grace to help us when we need it”—means that in His presence we can be “buckled” in peace during threatening times, because we bring our concerns to the One who is greater than all! When life feels overwhelming, we can pray. He can help us through the turbulence.

Father, sometimes life is overwhelming. Help me to trust You with all the turbulent moments, knowing how deeply You care for my life.

For further study, listen to “The Essence of Prayer” at discovertheword.org/series/the-essence-of-prayer/.

Although we cannot anticipate the trials of life, we can pray to our Father who fully understands what we face.

Throughout the Scriptures we are reminded that God cares about our struggles. When David was pursued by the murderous Saul, he sought refuge in a cave (1 Samuel 22:1; 24:3–4). It is likely this is where he penned Psalm 142 as his prayer to God. The despondent David lamented that “no one is concerned for me” and he had no one to turn to for help (v. 4). But David did turn his troubles over to his God: “I cry aloud to the Lord . . . . I tell [him] my trouble” (vv. 1–2).

How does knowing God cares for you help you overcome worry and helplessness?

In all our daily choices, we either “sow to the flesh” or “sow to the Spirit” (Gal. 6:8). With our actions and thoughts, we plant seeds that affect what kind of person we’re growing into and the level of impact our life will have for God.

The “flesh” is the part of us that wants to live and act independently of the Lord. As humans, all of us have to deal with the pull of this attitude; we don’t lose it automatically when we’re saved. However, the Holy Spirit frees us from slavery to the flesh. He begins to change us so we can turn from the deceptive lure of living for self and instead start to live according to the truth. The choices we make contribute to the process of transformation, and when they’re in alignment with the Spirit’s work, they plant good seeds that result in even more new growth.

When you’re sowing to the Spirit, you are accepting God’s truth into your mind and heart. Then you will begin to experience eternal life, which comes from truly knowing the Lord (John 17:3). The fruit of the Spirit grows naturally from these seeds of godly truth and influences every aspect of your life. When you feed your spirit with the things of God, you’re going to become stronger, more Christlike, and more full of His life in your thoughts and actions.

Are you feeding your spirit and the wellspring of your life, or are you feeding the part of you that wants to act independently of God? Do your choices sow seeds that are building you up, making you different, and letting streams of living water flow from you to nourish others? (See John 7:37-39.)

“There was a man sent from God, whose name was John. The same came for a witness, to bear witness of the Light, that all men through him might believe.” (John 1:6-7)

John the Baptist was, according to Christ Himself, the greatest man who had ever lived up to that time (Matthew 11:11). As great as he was, however, there is a striking contrast between himself and the Lord Jesus Christ. Jesus said that John “was a burning and a shining light” (John 5:35), but he was not “the true Light” (1:9). The two Greek words used depict something like a candle in John’s case and a brilliant light such as the sun for Christ.

John’s coming was prophesied 400 years before: “Behold, I will send my messenger, and he shall prepare the way before me” (Malachi 3:1). John was the divinely sent messenger, but Christ was the One whose way he came to prepare. John was “a man sent from God” (John 1:6), but when Christ came, John “saw, and bare record that this is the Son of God” (John 1:34).

Both were called to baptize, but there was a great difference. John said, “I indeed baptize you with water; but one mightier than I cometh, the latchet of whose shoes I am not worthy to unloose: he shall baptize you with the Holy Ghost and with fire” (Luke 3:16).

John was a mighty man of God, but when Christ finally came, John could only say, “He must increase, but I must decrease” (John 3:30). HMM

The book of Daniel contains a memorable incident in the life of Nebuchadnezzar. He dreamed a dream, which the prophet thus interpreted to him.

The proud monarch was thus fairly warned, but such is the infatuation of sin that he did not repent or reform, and therefore full soon the threatened judgment came upon him.

The king was insane, and the form of his disease was that known as Lycanthropy, a melancholy madness in which the patient imagines himself to be transformed into an animal, and acts accordingly. Many similar cases are on record, and some exist at the present moment. We ought to bless God every day for our reason, for if it were gone from us we might in an hours time be no better than the beasts of the field.

Thus humbly did the proud Nebuchadnezzar bow before the Lord, and confess before all men that the Lord alone is God. If he was not a converted man he certainly wrote like one. Let us shun his pride, and if we have been guilty of it, let us henceforth imitate his humility.

For Christ is the end of the law for righteousness to every one that believeth. (Romans 10:4)

Our lost race has always been prone to discount and reject the wonderful fact of the individual factor in the love of God. Far, far too many men and women in this world are convinced that God’s love for the world is just one big lump—and the individual is not involved.

We have only to look around us with serious observation to confirm the fact that the devil has been successful in planting his lie that no one cares for the individual person.

Even in nature around us, there appears to be very little individual concern. The burden of concern is always for the species.

But Jesus did not preach to the multitudes as though they were a faceless crowd. He preached to them as individuals, and with a knowledge of the burdens and the needs of each one. Our Savior did not come into the world to deal with statistics!

Each of us must come with full confidence that it is a personal word God has spoken to us in Christ, that “whosoever

This is not a promise if we consider only the words, but it is truly so as to its sense; for David spoke a word which the Lord endorsed by making it true. He argued from past deliverances that he should receive help in a new danger. In Jesus all the promises are Yea and Amen to the glory of God by us, and so the Lord’s former dealings with His believing people will be repeated.

Come, then, let us recall the Lord’s former lovingkindnesses. We could not have hoped to be delivered aforetime by our own strength; yet the Lord delivered us. Will He not again save us? We are sure He will. As David ran to meet his foe, so will we. The Lord has been with us, He is with us, and He has said, “I will never leave thee, nor forsake thee.” Why do we tremble? Was the past a dream? Think of the dead bear and lion. Who is this Philistine? True, he is not quite the same, and is neither bear nor lion; but then God is the same, and His honor is as much concerned in the one case as in the other. He did not save us from the beasts of the forest to let a giant kill us. Let us be of good courage.