“let those who have spiritual ears to hear: HEAR what the Holy Spirit and the Spirit of THE LORD Yeshua, the Lord Jesus Christ is saying to the seven churches…”

A Vital Message from the heart of Billy Graham near the very end of his life. Spoken on his birthday, aged 95 years. 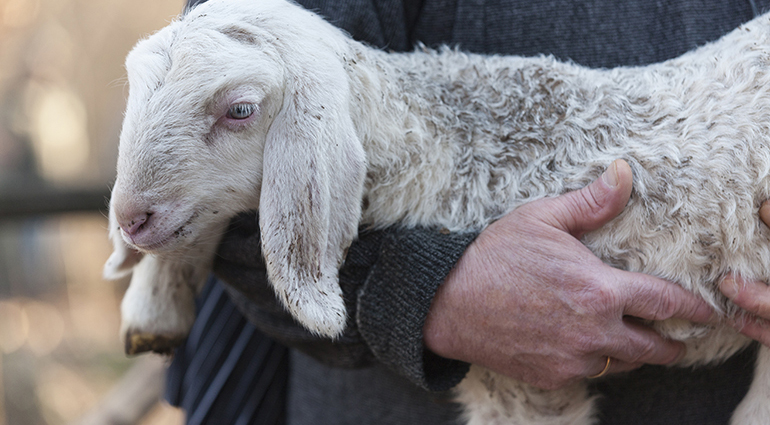 Rejoice with me; I have found my lost sheep. Luke 15:6

When we discovered that my mother-in-law had gone missing while shopping with a relative, my wife and I were frantic. Mom suffered from memory loss and confusion, and there was no telling what she might do. Would she wander the area, or hop onto any bus thinking it would take her home? Worst-case scenarios spun through our minds as we began to search for her, crying out to God, “Please find her.”

Hours later, my mother-in-law was spotted stumbling along a road, miles away. How God blessed us in being able to find her. Several months later, He blessed her: at eighty years of age, my mother-in-law turned to Jesus Christ for salvation.

Lord, You search for us and find us. Thank You for making us Your own.

Jesus, comparing humans to lost sheep, gives us this illustration: “Suppose [a shepherd] has a hundred sheep and loses one of them. Doesn’t he leave the ninety-nine in the open country and go after the lost sheep until he finds it? And when he finds it, . . . he calls his friends and neighbors together and says, ‘Rejoice with me; I have found my lost sheep” (Luke 15:4–6).

Shepherds counted their sheep to make sure every one was accounted for. In the same way, Jesus, who likens himself to that shepherd, values each of us, young and old. When we’re wandering in life, searching, wondering about our purpose, it’s never too late to turn to Christ. God wants us to experience His love and blessings.

Lord, You search for us and find us. Thank You for making us Your own.

Amazing grace! . . . I once was lost, but now am found. John Newton

In the Bible the word shepherd not only applies to the occupation of shepherd (Genesis 29:3; 46:32) but is also used to indicate a leader (2 Samuel 5:2; 2 Chronicles 18:16; Jeremiah 3:15) or spiritual overseer (Acts 20:28; 1 Peter 5:2). Being a shepherd of sheep required bravery, steadfast watchfulness, and tender care. Sheep are helpless without a shepherd and need guidance to food and water as well as protection from the elements and wild beasts (1 Samuel 17:34–36; Psalm 23; Luke 2:8).

Leading people is far more difficult! Thankfully Jesus is the Good Shepherd who cares for us so much that He “[lay] down his life for the sheep” (John 10:11–14). He is “not wanting anyone to perish, but everyone to come to repentance” (2 Peter 3:9) and rejoices over each lost person who repents and is found (Luke 15:3–7).

Have you received the salvation offered by Jesus, the Good Shepherd?

Many believers look for a sense of peace as a sign to help them determine God’s will in their life. However, a peaceful feeling may not be enough evidence to verify that a person’s decisions line up with the Lord’s plans. It’s wise to ask ourselves, Whose peace are we experiencing? Sometimes our sense of tranquility can be attributed to our own satisfaction about a choice we’ve made.

Today’s passage talks about letting “the peace of Christ rule in your hearts” (Col. 3:15). This kind of settledness originates from Jesus Christ and is the umpire that determines whether your decisions fit with God’s will. The word peace indicates harmony and oneness. So to have God’s peace about a matter means your decision must be aligned with His will. The only way to determine this is by comparing your thoughts and choices with His Word. Are you thinking the same way He does? Did you make your decision using scriptural principles or your own human understanding?

One of the reasons we often make choices without the guidance of Scripture is because we want a quicker method for finding an answer. The Lord doesn’t just pour His thoughts into our brain without our cooperation. He molds us gradually, day by day, as we read His Word and let its truths sink into our mind.

Building steadily over time is the only way to internalize a foundation of God’s truth. With His instructions as your basis, you can make decisions with confidence, knowing you are following His will. Then you’ll have a sense of oneness with the Lord, and His peace will guard your way.

“Then answered Jesus and said unto them, Verily, verily, I say unto you, The Son can do nothing of himself, but what he seeth the Father do: for what things soever he doeth, these also doeth the Son likewise.” (John 5:19)

What the Father sees, the Son sees, and what the Father does, the Son does, for “I and my Father are one,” said the Lord Jesus (John 10:30). God sees everything, of course, for “the eyes of the LORD are in every place, beholding the evil and the good” (Proverbs 15:3), but it is noteworthy that there are just seven occasions where John’s gospel stresses specifically that Jesus saw a particular event and then took special action to do something about it.

At Jesus’ baptism, two seekers followed Him and “Jesus turned, and saw them following” (John 1:38). He invited them to come and they followed Him from that day on. Nathanael, a devout Jew, also followed Him when Jesus said, “When thou wast under the fig tree, I saw thee” (v. 48).

Next, Jesus “saw a man which was blind from his birth,” and soon the once-sightless man could testify, “Whereas I was blind, now I see” (9:1, 25). Not only the lame and blind, but also the grieving came to His attention. When Mary’s brother Lazarus died, Jesus “saw her weeping.” Then “Jesus wept” and soon “he that was dead came forth” (11:33, 35, 44). Finally, even while Christ was dying on the cross, He “saw his mother” and provided for her care (19:26).

Jesus sees those who hurt, or grieve, or hunger, and He cares. For, after all, He is our Father. HMM

Babylon had overthrown Judah, and now in its turn it was vanquished by Cyrus: this was greatly for the good of the Jews, for the Persian king became their friend and patron, according to ancient prophecies. Thus the Lord’s purposes were fulfilled. When his time is come, all things work together to accomplish his designs.

It is delightful to hear such an acknowledgment from so great a king, and to see him so cheerfully take up his allotted work. We also have received all that we have from God, and should be prompt to do his bidding.

The king’s word and example excited a good feeling towards the Jews, so that they went out of Babylon as aforetime they had gone out of Egypt, laden with silver and gold.

These vessels were the lawful spoil of Cyrus when he captured the city of Babylon and its temples: a generous spirit prompted him to restore them to their ancient use. God knows how to provide for his own temple; Cyrus restored the vessels, but the Lord’s hand was in the matter.

Encouraged by the Persian king, a considerable number returned to Jerusalem with Zerubbabel, though not such a company as might have been expected when affairs were so favourable.

They had brought generous hearts with them, and at the sight of the sacred site they laid down their voluntary offerings that the Lord’s house might be restored. God’s house should be considered before our own house.

It is time, O God, for Thee to work, for the enemy has entered into Thy pasture, and the sheep are torn and scattered. False shepherds abound who deny the danger and laugh at the perils which surround Thy flock.

Lord Jesus, I come to Thee for spiritual preparation. Lay Thy hand upon me, anoint me with the oil of the New Testament prophet. Save me from the error of judging a church by its size, its popularity or the amount of its yearly offering.

Help me to remember that I am a prophet—not a promoter, not a religious manager. Let me never become a slave to crowds. Heal my soul of carnal ambitions and deliver me from the itch for publicity.

Lay Thy terror upon me, O God, and drive me to the place of prayer, where I may wrestle with principalities and powers and the rulers of the darkness of this world.

Teach me self-discipline, that I may be a good soldier of Jesus Christ.

“Knowing in yourselves that ye have in heaven a better and an enduring substance.” Heb. 10:34

This is well. Our substance here is very insubstantial; there is no substance in it. But God has given us a promise of real estate in the glory-land, and that promise comes to our hearts with such full assurance of its certainty, that we know in ourselves that we have an enduring substance there. Yes, “we have” it even now. They say, “A bird in the hand is worth two in the bush”; but we have our bird in the bush and in the hand too. Heaven is even now our own. We have the title-deed of it, we have the earnest of it, we have the first fruits of it. We have Heaven in price, in promise, and in principle: this we know not only by the hearing of the ear, but “in ourselves.”

Should not the thought of the better substance on the other side of Jordan reconcile us to present losses? Our spending-money we may lose, but our treasure is safe. We have lost the shadows, but the substance remains, for our Saviour lives, and the place which He has prepared for us abides. There is a better land, a better substance, a better promise; and all this comes to us by a better covenant; wherefore, let us be in better spirits, and say unto the Lord, “Every day will I bless thee; and praise thy name for ever and ever.”