And if Christ is not risen, then our preaching is empty and your faith is also empty. 1 Corinthians 15:14

A Latin phrase has survived for two millennia: sine qua non. Like many Latin words and phrases, it is rarely translated into English. Instead, it is used in its Latin form. A literal translation explains why: “[that] without which not.” To paraphrase, sine qua non means “something indispensable or essential,” as in anatomy is a sine qua non for a career in medicine.

The Christian faith has its own sine qua non—its own indispensable or essential element: The Resurrection of Jesus Christ from the dead. To paraphrase the words of the apostle Paul in 1 Corinthians 15:14, 17, without the miracles of the Resurrection of Christ, faith and the Christian life are futile. We are still in our sins. Those who say it really doesn’t matter if Christ rose from the dead have it all wrong. Everything depends on the Resurrection! Christ’s being raised from the dead was God’s seal on the work Christ accomplished on the cross—the work of propitiation, forgiveness, and reconciliation—the greatest miracle of all.

Good news! The same power and Spirit that raised Jesus from the dead will also transform us from death to life (Romans 8:11).

Christianity is essentially a religion of resurrection.  James S. Stewart 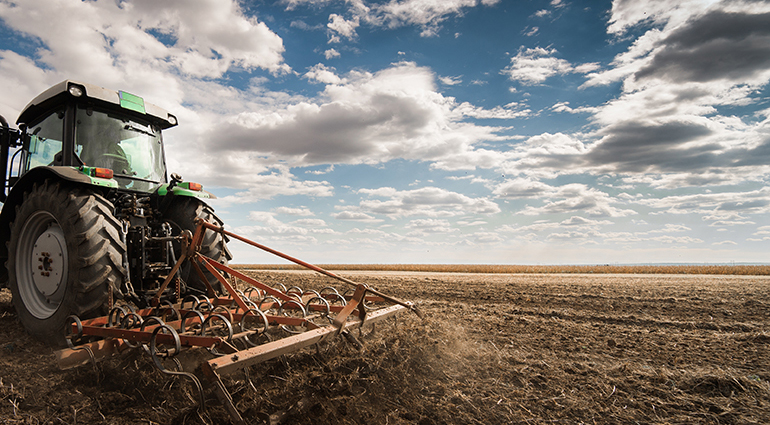 As a boy, I watched my father plow fields that had never been cultivated. On the first pass the plowshare would turn up large rocks that he hauled away. Then, he would plow the field again, and then again, to further break up the soil. With each pass the plow turned up other, smaller rocks that he cast aside. The process continued, requiring many passes through the field.

Growth in grace can look like a similar process. When we first become believers, some “big” sins may be exposed. We confess them to God and accept His forgiveness. But as the years pass by, and as God’s Word passes through us and sinks into our innermost being, the Holy Spirit brings other sins to the surface. Sins of the spirit once thought to be mere peccadilloes—small, seemingly unimportant offenses—are revealed as ugly, ruinous attitudes and actions. Sins like pride, self-pity, complaining, pettiness, prejudice, spite, self-serving indulgence.

God reveals each sin so He can cast it aside. He reveals to heal. When harmful hidden attitudes come to the surface, we can pray as the psalmist David did, “For the sake of your name, Lord, forgive my iniquity, though it is great” (Psalm 25:11).

Humbling exposure, though painful, is good for the soul. It’s one of the ways in which He “instructs sinners in his ways.” He “guides the humble in what is right and teaches them his way” (vv. 8–9).

Thank You, Lord, that You remember us according to Your love. Instruct us and guide us. Teach us to live as those who have been forgiven much.

Jesus takes us as we are and makes us what we should be.

God’s desire to cleanse us of our sins should be matched by our desire for that cleansing. In Psalm 139 David reflects, “Search me, God, and know my heart; test me and know my anxious thoughts. See if there is any offensive way in me, and lead me in the way everlasting” (vv. 23–24). His prayer expresses a longing for the cleansing and restoration that can only come from God. John echoes that invitation in 1 John 1:9: “If we confess our sins, he is faithful and just and will forgive us our sins and purify us from all unrighteousness.” And Jesus Himself stands ready to help. John wrote, “My dear children, I write this to you so that you will not sin. But if anybody does sin, we have an advocate with the Father—Jesus Christ, the Righteous One” (1 John 2:1). What a great promise!

Is unconfessed sin hindering your relationship with the Father? He stands ready to forgive!

In a race, what’s most important isn’t how one begins but how one finishes. Prizes are awarded only for crossing the finish line, not for great starts. And this is also true for the Christian life. Hebrews 12:1 encourages us to “run with endurance the race that is set before us.” In 2 Timothy 4:9-11, we see a contrast between two runners: Mark (also known as John Mark) and Demas.

When Paul and Barnabas left for their first missionary trip, Mark went with them. But early in the journey, he left to return home (Acts 13:5; Acts 13:13). From Paul’s perspective, this seemed like a desertion, so a couple of years after that, he refused to let Mark come on a second missionary trip (Acts 15:36-40).

Although Mark had not begun well, Scripture shows us that the situation changed. On nearing death two decades later, Paul requested Mark’s company because the younger man was “useful to [him] for service” (2 Tim. 4:11). Mark had proven himself faithful by persevering in obedience and service to the Lord, and eventually he wrote the gospel bearing his name.

Demas, on the other hand, though also called a “fellow worker” of Paul’s (Philem. 1:24), deserted the apostle several years later because of love for worldly things (2 Tim. 4:10). It’s so easy to get caught up in the pleasures and pursuits of earthly life and forget that as Christians, we have a higher priority.

That’s why Scripture reminds us to lay aside every encumbrance hindering our race (Hebrews 12:1-2). Once we cross the finish line and see Christ face-to-face, all worldly pleasures will fade in comparison to the joy of hearing Him say, “Well done, good and faithful servant” (Matt. 25:21 NIV).

“A fountain of gardens, a well of living waters, and streams from Lebanon.” (Song of Solomon 4:15)

There are eight verses in the Bible with the phrase “living water,” four in the Old Testament, four in the New. All beautifully describe a spiritual truth under the figure of a flowing stream of refreshing water.

The first of these (in our text above) is a portion of the description of the lovely character of a bride as seen by her coming bridegroom, almost certainly symbolic of the Lord and His people. But then, through the prophet, God laments that “my people . . . have forsaken me the fountain of living waters, and hewed them out cisterns, broken cisterns, that can hold no water” (Jeremiah 2:13). “They have forsaken the LORD, the fountain of living waters” (Jeremiah 17:13). One day they shall return, however, and Zechariah prophesies that “living waters shall go out from Jerusalem. . . . And the LORD shall be king over all the earth” (Zechariah 14:8-9).

In the New Testament, the Lord Jesus appropriated this metaphor to Himself as He spoke to a woman of Samaria: “If thou knewest the gift of God . . . he would have given thee living water” (John 4:10; see also v. 11). “The water that I shall give him shall be in him a well of water springing up into everlasting life” (John 4:14). Later in Jerusalem, He cried out to all, saying, “If any man thirst, let him come unto me, and drink. He that believeth on me, as the scripture hath said [referring, no doubt, to the above Old Testament passages], out of his belly shall flow rivers of living water” (John 7:37-38). Then, in the last book of the Bible is found a special promise for those who die for the Lord’s sake. “[He] shall lead them unto living fountains of waters: and God shall wipe away all tears from their eyes” (Revelation 7:17). HMM

While matters were being conducted so well by Ezra and his friends, and their great care was for the house of God, the Lord was mindful of them, and found them a friend at court, who speedily came to Jerusalem with reinforcements, and, what was best of all, with permission from the Persian king to build the walls of Jerusalem, for the city had remained unfortified all these long years. We shall now read the story of Nehemiah.

The words of Nehemiah the son of Hachaliah.

A grand court dignitary, cupbearer to the king.

Great good came of this pious conversation. It is well when good men talk of good things.

See the providence which called him to do his office just at this time.

This was well done. Silent prayer works wonders, and wastes no time.

He was highly esteemed, and the king was loth to part with him.

So that he came as governor in due state.

Enemies always come forward when good is to be done. We must reckon on this, and we shall not then be troubled about it.

This night survey was wise. Plans are best kept secret till they are matured We must serve the Lord prudently as well as zealously. Lord, teach us how to do this.

He shall baptize you with the Holy Ghost and with fire. (Luke 3:16)

We need not be afraid of a genuine visitation of the Spirit of God!

Blaise Pascal, the famed 17th-century French scientist and philosopher, experienced in his lifetime a personal, overwhelming encounter with God that changed his life. Those who attended him at his death found a worn, creased paper in his clothing, close to his heart; apparently a reminder of what he had felt and sensed in God’s very presence.

In Pascal’s own hand it read:

From about half-past ten at night, to about half after midnight—fire! O God of Abraham, God of Isaac, God of Jacob—not the God of philosophers or the wise. The God of Jesus Christ who can be known only in the ways of the Gospel. Security. Feeling. Peace. Joy. Tears of joy—Amen!

Were these the expressions of a fanatic, an extremist? No; it was the ecstatic utterance of a yielded man during two awesome hours in the presence of God. The astonished Pascal could only describe the visitation in one word—”Fire!”

Banished from the public means of grace, we are not removed from the grace of the means. The Lord who places His people where they feel as exiles will Himself be with them, and be to them all that they could have had at home, in the place of their solemn assemblies. Take this to yourselves, O ye who are called to wander!

God is to His people a place of refuge. They find sanctuary with Him from every adversary. He is their place of worship too. He is with them as with Jacob when he slept in the open field, and rising, said, “Surely God was in this place.” To them also He will be a sanctuary of quiet, like the Holy of Holies, which was the noiseless abode of the Eternal. They shall be quiet from fear of evil.

God Himself, in Christ Jesus, is the sanctuary of mercy. The ark of the covenant is the Lord Jesus, and Aaron’s rod, the pot of manna, the tables of the law, all are in Christ our sanctuary. In God we find the shrine of holiness and of communion. What more do we need? O Lord, fulfill this promise and be ever to us as a little sanctuary!