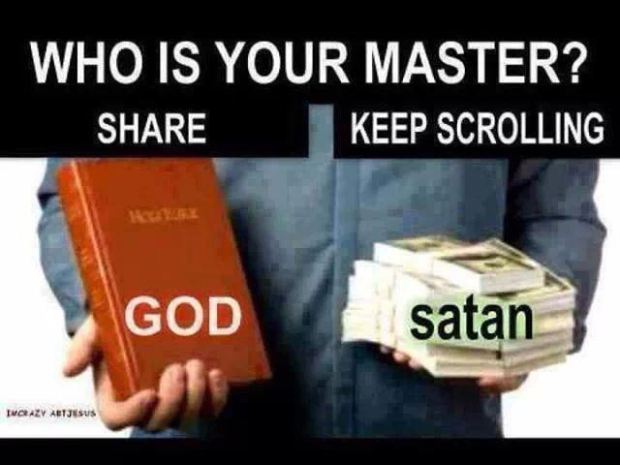 The Key to the Master’s Orders

Pray the Lord of the harvest to send out laborers into His harvest. —Matthew 9:38

The key to the missionary’s difficult task is in the hand of God, and that key is prayer, not work— that is, not work as the word is commonly used today, which often results in the shifting of our focus away from God. The key to the missionary’s difficult task is also not the key of common sense, nor is it the key of medicine, civilization, education, or even evangelization. The key is in following the Master’s orders— the key is prayer. “Pray the Lord of the harvest….” In the natural realm, prayer is not practical but absurd. We have to realize that prayer is foolish from the commonsense point of view.

From Jesus Christ’s perspective, there are no nations, but only the world. How many of us pray without regard to the persons, but with regard to only one Person— Jesus Christ? He owns the harvest that is produced through distress and through conviction of sin. This is the harvest for which we have to pray that laborers be sent out to reap. We stay busy at work, while people all around us are ripe and ready to be harvested; we do not reap even one of them, but simply waste our Lord’s time in over-energized activities and programs. Suppose a crisis were to come into your father’s or your brother’s life— are you there as a laborer to reap the harvest for Jesus Christ? Is your response, “Oh, but I have a special work to do!” No Christian has a special work to do. A Christian is called to be Jesus Christ’s own, “a servant [who] is not greater than his master” (John 13:16), and someone who does not dictate to Jesus Christ what he intends to do. Our Lord calls us to no special work— He calls us to Himself. “Pray the Lord of the harvest,” and He will engineer your circumstances to send you out as His laborer.

Fear can leave us frozen. We know all the reasons to be afraid—everything that’s hurt us in the past, everything that could easily do so again. So sometimes we’re stuck—unable to go back; too afraid to move forward. I just can’t do it. I’m not smart enough, strong enough, or brave enough to handle being hurt like that again.

I’m captivated by how author Frederick Buechner describes God’s grace: like a gentle voice that says, “Here is the world. Terrible and beautiful things will happen. Don’t be afraid. I am with you.”

Terrible things will happen. In our world, hurting people hurt other people, often terribly. Like the psalmist David, we carry our own stories of when evil surrounded us, when, like “ravenous beasts,” others wounded us (Psalm 57:4). And so we grieve; we cry out (vv. 1–2).

But because God is with us, beautiful things can happen too. As we run to Him with our hurts and fears, we find ourselves carried by a love far greater than anyone’s power to harm us (vv. 1–3), a love so deep it fills the skies (v. 10). Even when disaster rages around us, His love is a solid refuge where our hearts find healing (vv. 1, 7). Until one day we’ll find ourselves awakening to renewed courage, ready to greet the day with a song of His faithfulness (vv. 8–10).

Healer and Redeemer, thank You for holding us and healing us with Your endless love. Help us find in Your love the courage to follow You and share Your love with those around us.

In the book of Psalms, superscriptions often precede the actual text. These notes shed light on the individual or group designated to lead the composition, the author, or the situation that inspired the lyrics. The superscription for Psalm 57 tells us David wrote this psalm “when he had fled from Saul into the cave.” Scripture records two times when David found refuge from Saul in a cave (1 Samuel 22 and 24). While there is uncertainty as to which of these two incidents is in view here, the truth of the psalm is crystal clear—the fearful, the anxious, the fleeing can find ultimate safety in the Lord (Psalm 57:1).

When was the last time a difficult situation caused you to call out to “God Most High”? (v. 2).

Many Christians are familiar with God’s words in verse 7 of today’s reading: “Return to Me, and I will return to you.” When Malachi delivered this message to Israel, they seemed ignorant of the fact that they had left the Lord. Throughout the book, God made statements about their poor spiritual condition, and they always responded by asking how they had offended Him.

In this passage, God accuses them of robbing Him by withholding the tithes and offerings required by the Law to support the Levites and priests. God viewed their persistent disobedience to His commands as theft because they were keeping for themselves what belonged to Him. If we consider all that the Lord has given us, we must ask ourselves whether we’re robbing Him in any way. Consider these examples:

Is there anything of the Lord’s that you’ve been keeping for yourself? With an obedient and grateful heart, you can joyfully give back to Him a fraction of whatever He has given you.

John’s writings are replete with examples and illustrations that focus on the deity of the Lord Jesus Christ. The gospel of John is built around seven great miracles of creation demonstrating the unique power that only the omnipotent Creator God could wield (John 10:25).

In his first epistle, John uses the word “know” 28 times to emphasize the behaviors and evidence that assure us that we have a living faith in Jesus Christ and are in truth the sons of God. In today’s text, John lists three “proofs” witnessed in history that verify the incarnation of the God-man Jesus Christ.

The water refers to physical birth—the amniotic sac that surrounds and cushions every human child until just before birth. This common experience was used by the Lord Jesus to help Nicodemus understand the necessity of the second (spiritual) birth required to enter the Kingdom of heaven (John 3:5-6).

The blood is either a reference to Christ’s death on Calvary “for the remission of sins” (Romans 3:25), or, perhaps, the fulfillment of the many prophecies that this Messiah would be of the lineage of David (Luke 1:32). Either way, this poignant evidence was both visible and verifiable.

The “Spirit” witness is obviously the time when the Holy Spirit visibly descended like a dove on the Lord Jesus at His baptism by John the Baptist, and the voice of the heavenly Father said, “This is my beloved Son, in whom I am well pleased” (John 1:33; Matthew 3:16-17).

There is thus a threefold witness to Christ’s incarnation: human physical birth, royal bloodline with the shedding of innocent blood, and heavenly confirmation. “This is indeed the Christ, the Saviour of the world” (John 4:42). HMM III

The apostle was therefore anxious that none should hear the gracious word of God without obtaining eternal life. He also longed to see the truly saved more and more fruitful, that it might not even seem that God’s grace had been ineffectual in their lives and characters. No minister can be satisfied unless grace is seen to produce fitting results in those who profess to partake of it.

Dr. Hawker, himself a minister of the Church of England, has beautifully said:—”What a lovely portrait the apostle hath here drawn of a minister of Jesus! How totally dissimilar in every feature, from the rank and opulence of modern prelacy! Who should have thought, when Paul wrote this epistle to the church at Corinth, that a time would come when state and grandeur would be considered suitable appendages to the sacred order! Great part of what the apostle hath here said, concerning the ‘all things,’ in which he recommends the Lord’s servants to approve themselves, as ministers of God, is done away. How is it possible, for such as the present hour furnisheth, to manifest whose servants they are, in stripes, in imprisonment, in tumults, labours, watchings, fastings, and the like? But there are some of the characters of the ministry, which the apostle hath sketched in this picture, still to be found. ‘By honour and dishonour, by evil report and good report: as deceivers, and yet true; As unknown, and yet well known.’ Some in every age of the world will be found to treat the distinguishing truths of the gospel with hatred and contempt; and to dishonour the preachers of those truths, with evil report and reproach. While the highly-taught few, whom God the Holy Ghost teacheth, will honour his messengers…

Reader, learn from this portrait of the apostles, and drawn under God the Spirit’s direction, to form an estimate of the Lord’s ministers: not by outward show, but by the inward illumination of the heart, and the blessing of God on their labours, both in word and doctrine.”)

The great duty of believers in all ages is to maintain their character as a separate people, no more conformed to the world. May this family never fall into worldly fashions, amusements, or pursuits, but be distinguished as following the Lord fully; so shall we be peculiarly dear to our heavenly Father.

In the kingdom of God, the surest way to lose something is to try to protect it, and the best way to keep it is to let it go. This was the word of our Lord Jesus Christ: “If any man will come after me, let him deny himself and take up his cross!”

Christ turned from the fallen world of Adam and spoke about another world altogether, a world where Adam’s philosophy is invalid and his technique inoperative. He spoke of the kingdom of God whose laws are exactly opposite to those of the kingdom of men.

So, the true Christian is a child of two worlds. He lives among fallen men, but when he is regenerated, he is called to live according to the laws and principles that underlie the new kingdom. He may, then, find himself trying to live a heavenly life after an earthly pattern—and this is what Paul called “carnal” living. That is why it is vitally important to move up into the life of the Spirit of God. Give up your earthly “treasures” and the Lord will keep them for you unto life eternal!

Jesus has made the life of believers in Him as certain as His own. As sure as the Head lives the members live also. If Jesus has not risen from the dead, then are we dead in our sins; but since He has risen, all believers are risen in Him. His death has put away our transgressions, and loosed the bonds which held us under the death sentence. His resurrection proves our justification: we are absolved, and mercy saith, “The Lord hath put away thy sin, thou shalt not die.”

Jesus has made the life of His people as eternal as His own. How can they die as long as He lives, seeing they are one with Him? Because He dieth no more, and death hath no more dominion over Him, so they shall no more return to the graves of their old sins, but shall live unto the Lord in newness of life. O believer, when, under great temptation, thou fearest that thou shalt one day fall by the hand of the enemy, let this reassure thee. Thou shalt never lose thy spiritual life, for it is hid with Christ in God. Thou dost not doubt the immortality of thy Lord; therefore, do not think that He will let thee die, since thou art one with Him. The argument for thy life is His life, and of that thou canst have no fear; wherefore rest in thy living Lord