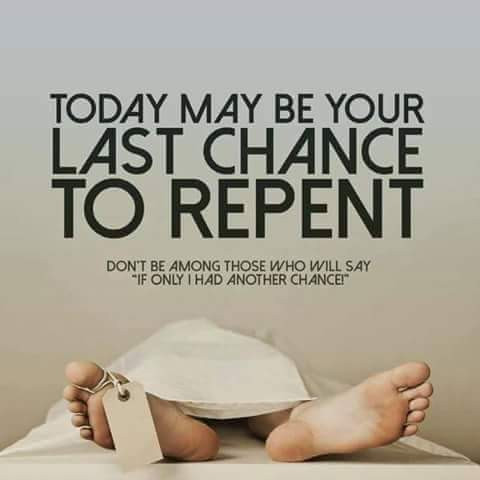 On New Year’s Eve my mom is giving her testimony of how she became a Christian. In this post I share it with you. It reminded me of some concerns I shared in a past post entitled: Is Salvation a Matter of Urgency?

In her own words…my mom’s salvation story:

I was saved in 1953 when I was 19 years old. I grew up attending a Southern Baptist church in south Georgia, where you were expected to join the church by the time you were 13 years old. During a revival, the summer I was 13, I found myself on the “hot seat” when, during the invitation hymn, Miss Bobbie, a matriarch of the church, came over to me, put her arm around me and said “don’t you want to join?” So, I walked the aisle and joined the church.

The pastor asked me, and others who had also walked the aisle, one at a time, the same question: “Do you believe in Jesus Christ?” After mustering up the courage to walk down front, I wasn’t about to say no. The pastor did not counsel any of us individually but apparently just accepted our answers as justification for making us officially members of the church. I was later baptized and welcomed into the church.

Three years later, when I was 16, I attended a conference at Ridgecrest Baptist Assembly in the mountains of North Carolina, where I heard Billy Graham preach on hell. Well, it scared me, so AGAIN I walked the aisle, this time out of fear. They put me with a counselor who sat me down and said to me, “all you have to do is believe; can’t you just simply believe?” Well, I sat there waiting…for some great feeling to come sweeping over me, like some kind of magic, but it never came and it was embarrassing to just keep sitting there – so finally I said yes – JUST to get it over with.

And here again, my life did not change. I said yes, just to get off the hot seat.

So that’s twice I had walked the aisle – to no avail. Nothing happened. BUT THEN two years later, a group of Methodist college students from Asbury College in Wilmore, Kentucky came into town and held a youth crusade. And I went.

I have no idea what they preached on and I can’t recall one thing they said. But what I do recall is that after hearing them preach, for the very first time in my life I became aware that all was not well with my soul. I sensed a huge gap between me and God and it disturbed me greatly. And when the invitation was given, I wanted to walk the aisle but I was afraid to: I had done it twice before to no avail.

Later, I recall praying “WHAT’S WRONG LORD: IT CAN’T BE THAT I’M NOT SAVED BECAUSE I AM A CHURCH MEMBER!” – My church membership was a stumbling block to me.

But I began to seek the Lord earnestly and couldn’t help but notice that there were certain people in the youth group at the Baptist church who had somethingI did not have and I couldn’t figure out what it was. I listened intently to the preaching every Sunday but the messages did nothing to enlighten me. So I tried a different Baptist church, with the same result. So, for the first time in my life, I quit attending church, thinking: what’s the use?

But I continued to seek the Lord in earnest, and He used His Word, as I read it in the privacy of my bedroom, to reveal to me that it was my sin that was separating me from Him and that His Son had died in my place to bridge the gap between me and a Holy God. And once I understood that, I simply believed it in my heart and the burden was lifted. I felt like a new person and indeed I was as I had been BORN AGAIN as a child of God with a new nature.

In fact, as I walked to work the next morning, the grass appeared greener and the sky appeared bluer than I had ever seen it, and upon arriving at work I told one of my co- workers that I felt like a baby learning to walk all over again – not totally understanding the full truth of what I was saying at the time – but it was indeed true because I was a babe in Christ having experienced the new birth the night before.

In John 3:7 Jesus said to Nicodemus “ye must be born again” and that is exactly what happened to me when I took God up on His promise when He said in John 5:24 “…whoever hears my word and believes him who sent me has eternal life and will not be condemned but has crossed over from death to life.”

Soon after that, I went back to First Baptist church because I now felt a kinship with those young people in whom I had seen something I didn’t have at the time. I also became active in Youth For Christ, where I heard Lester Wilson preach, and whose preaching so impressed me that I began attending Albany Gospel Chapel where he preached for a number of years. And it was there that I met my husband, courtesy of Uncle Sam. And, as they say, the rest is history.

But, I will always be thankful for those Methodist young people because it was through their preaching that I first became aware that I was a sinner in need of a Savior. When I get to heaven I want to meet my Savior first of all and thank Him for dying in my place. And then eventually I want to look up those Methodist college students and thank them for coming to Albany, Georgia to preach the gospel.

4 thoughts on “My mom’s salvation testimony”