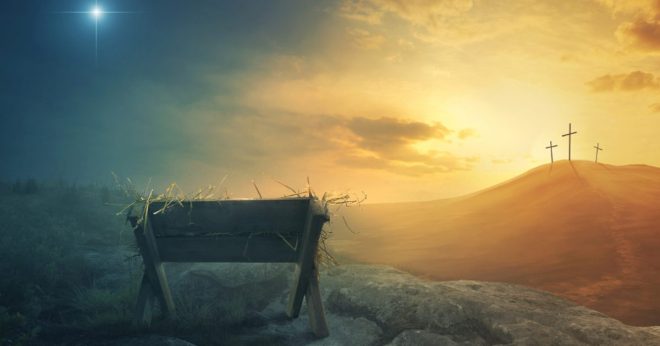 Fit for a King! Myrrh

And Nicodemus, who at first came to Jesus by night, also came, bringing a mixture of myrrh and aloes, about a hundred pounds. John 19:39

Like frankincense, myrrh was a resin extracted from a host of small thorny trees in the Middle East. The resin was valued as a perfume, as incense, and also as medicine. It was traded as a valuable spice in the Old Testament (Genesis 37:25) and as an ingredient in sacred anointing oil (Exodus 30:23-25).

So, when the Magi came to present their gifts to the Christ-Child, why did they include myrrh (Matthew 2:11)? As a valuable commodity, it represented a sacrifice on the Magi’s part. But there was a deeper meaning foreshadowed in their gift—its medicinal use and perfuming use suggested the coming death of the King of the Jews. Indeed, when Jesus hung on the cross He was given “wine mingled with myrrh to drink” (Mark 15:23). And when He was entombed, myrrh was one of the aromatic spices used when His body was wrapped in graveclothes (John 19:39).

What myrrh-like gift can we give to Christ this Christmas? We can live the reality of having died with Christ and been raised to new life in Him.

I rise before the dawning of the morning, and cry for help; I hope in Your word. Psalm 119:147

The Babylonians did it and so did the Romans; medieval knights made it a practice as well. New Year’s resolutions or promises have been around for centuries—and they are certainly popular today. Polls in recent decades indicate almost as many as half of Americans resolve to “do better” at the beginning of each new year.

No harm in making resolutions, of course. But some may be more important than others—like the resolution to be faithful daily in reading God’s Word. After all, the Word of God has the power to teach us, reprove us, correct us, and instruct us in godly living (2 Timothy 3:16). Such power would cover a multitude of things we might make resolutions to change! Scripture can also reveal the “thoughts and intents of the heart” (Hebrews 4:12)—the obstacles in our path that keep us from achieving what we know God wants us to be. The surest way to follow Christ into the new year is to read His Word daily.

Bible study is the metal that makes a Christian.  Charles H. Spurgeon

What do you do when the storms of life come? To whom do you turn? Where do you seek comfort and security during such tumultuous times?

Throughout our lives, these storms come and go unexpectedly, but they do not have to throw us off-balance. Scripture assures us that we can maintain a steady footing regardless of the circumstances. So how do we do this? There is an amazing truth in the Bible that will keep us steady during the most trying times. Our anchor for the storms of life is simply this: Jesus Christ never changes.

Why is this so vital, and what do we mean by an “anchor”? Consider that every single thing in your life—career, relationships, finances—is in a state of constant change. You yourself are aging and changing every minute of each day, and there is nothing you can do to stop this process. In fact, even the current heaven and earth will grow old and perish, and like a garment they will be changed (Revelation 21:1). Yet through it all, Christ remains the same.

If we try to hold tightly to any of these earthly things during our hardships, we will be tossed about in various directions since we’ve affixed ourselves to an unstable foundation that’s continually shifting. However, if we place our hope in Christ, we can be sure that the anchor will hold because He isn’t moving, changing, or leaving. In fact, Jesus Christ is the only sure footing in a world of movement, and He will steady all who trust in Him.

“And the LORD came, and stood, and called as at other times, Samuel, Samuel. Then Samuel answered, Speak; for thy servant heareth.” (1 Samuel 3:10)

There are a number of other times in Scripture when the Lord repeated a second time the name He was calling, always at a time of great significance and urgency. Once had been to Moses: “God called unto him out of the midst of the bush, and said, Moses, Moses. And he said, Here I am” (Exodus 3:4).

God then ordained Moses to lead His people out of Egypt. When He called Samuel, it was to lead His people out of the chaos of the period of the judges and to prepare them for the Davidic kingdom. The first time God had called in this fashion was to Abraham, and then it was to confirm that he had passed God’s final test for the fulfillment of the great promise concerning the blessing on his seed. “And the angel of the LORD called unto him out of heaven, and said, Abraham, Abraham: and he said, Here am I” (Genesis 22:11).

In the New Testament, the Lord Jesus spoke thus unto all His rebelling nation: “O Jerusalem, Jerusalem, . . . Behold, your house is left unto you desolate” (Matthew 23:37-38). Before this, He had spoken both in grief and in encouragement to Peter, who must be prepared to lead the disciples later on. “Satan hath desired to have you, that he may sift you as wheat: But I have prayed for thee, that thy faith fail not: and when thou art converted, strengthen thy brethren” (Luke 22:31-32). Finally, when the Lord was ready to call Paul as His apostle to the Gentiles, He met him on the road to Damascus: “Saul, Saul, why persecutest thou me?” (Acts 9:4).

After the general judgment comes the full glory of the church, which is here represented as a heavenly city, or a bride in her marriage dress.

The city shone in dazzling light a vision of brightness, such as never before was seen of mortal eye.

The vision was inconceivably grand, the city seemed to stand on such an eminence, and its buildings reared their stately heads so high aloft, that it was as high as it was broad; and yet its breadth was three hundred and seventy-five miles. This gives us a glimpse of inconceivable vastness and sublimity. The number of the redeemed must be immense to need such a dwelling-place.

The unutterable splendour and grandeur of the church triumphant blazes before us in these dazzling metaphors.

How repeatedly in this chapter is falsehood branded as a dreadful sin! This should warn us to be truthful in all things, lest we be shut out of heaven.

They shall see the glory of the Lord; and the excellency of our God. (Isaiah 35:2)

Think with me about beauty—and about this matchless One who is the Lord of all beauty, our Savior!

God has surely deposited something within our human beings that is capable of understanding and appreciating beauty—the love of harmonious forms, appreciation of colors and beautiful sounds.

Brother, these are only the external counterparts of a deeper and more enduring beauty—that which we call moral beauty. It has been the uniqueness and the perfection of Christ’s moral beauty that have charmed even those who claimed to be His enemies throughout the centuries of history.

We do not have any record of Hitler saying anything against the moral perfection of Jesus. One of the great philosophers, Nietzsche, objected to Paul’s theology of justification by faith, but he was strangely moved within himself by the perfection of moral beauty found in the life and character of Jesus, the Christ.

We should thank God for the promise of heaven being the place of supreme beauty—and the One who is all-beautiful is there!

“And even to your old age I am he; and even to hoar hairs will I carry you: I have made, and I will bear; even I will carry, and will deliver you.” Isa. 46:4

The year is very old, and here is a promise for our aged friends; yes, and for us all, as age creeps over us. Let us live long enough, and we shall all have hoar hairs; therefore we may as well enjoy this promise by the foresight of faith.

When we grow old our God will still be the I AM, abiding evermore the same. Hoar hairs tell of our decay, but He decayeth not. When we cannot carry a burden, and can hardly carry ourselves the Lord will carry us. Even as in our young days He carried us like lambs in His bosom, so will He in our years of infirmity.

He made us, and He will care for us. When we become a burden to our friends, and a burden to ourselves, the Lord will not shake us off, but the rather He will take us up and carry and deliver us more fully than ever. In many cases the Lord gives His servants a long and calm evening. They worked hard all day and wore themselves out in their Master’s service, and so He said to them, “Now rest in anticipation of that eternal Sabbath which I have prepared for you.” Let us not dread old age. Let us grow old graciously, since the Lord himself is with us in fullness of grace.