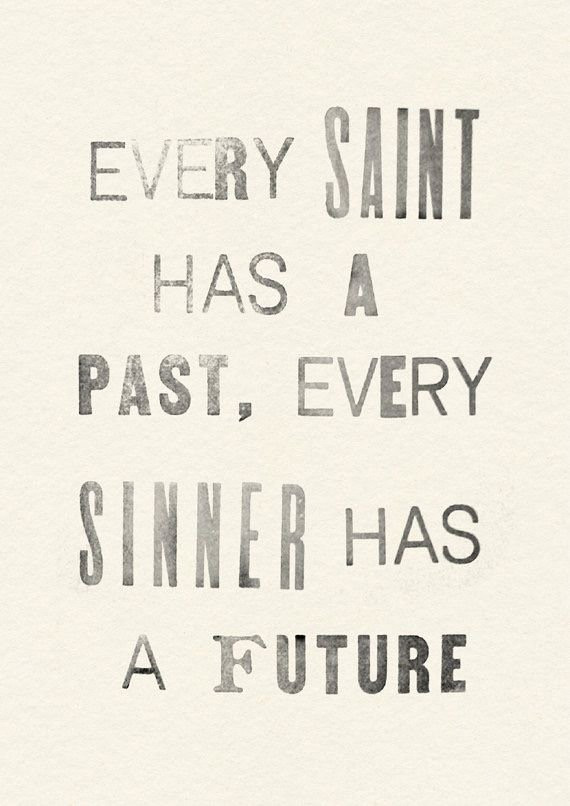 Common Sinners and the Common Salvation 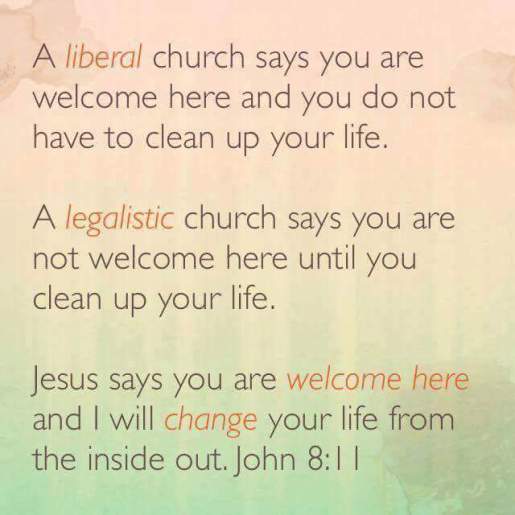 Pharisees are like cult leaders, they don’t want to help create converts to Jesus, they want to create followers of themselves. They want admirers and mini-clones of themselves.

Jesus’ harshest rebukes were for Pharisees — the ones who were likely to discourage his true followers.

Some people think it is a compliment if you compare them to a Pharisee, but as the passage indicates, the Pharisees were not saved! The Pharisees were prideful, having not the spirit of Christ. In trying to inflate themselves, they led people away from Christ.

Who does the Bible say is a sinner?

“What then? are we better than they? No, in no wise: for we have before proved both Jews and Gentiles, that they are all under sin;” –Romans 3:9

“But the scripture hath concluded all under sin, that the promise by faith of Jesus Christ might be given to them that believe.” –Galatians 3:22

The example of Jesus’ Brethren – what did they preach?

The brothers of Christ perhaps had some reason to feel special or privileged. But no, James and Jude were some of the humblest servants of Christ following their conversions. James and Jude continually pointed Christians back to the source of their salvation, to the Lord Jesus.

“For whosoever shall keep the whole law, and yet offend in one point, he is guilty of all.” –James 2:10

“Beloved, when I gave all diligence to write unto you of the common salvation,

it was needful for me to write unto you,and exhort you that ye should earnestly contend for the faith which was once delivered unto the saints. For there are certain men crept in unawares,who were before of old ordained to this condemnation,ungodly men, turning the grace of our God into lasciviousness,and denying the only Lord God,and our Lord Jesus Christ”. –Jude 1:3-4

The Justification of sins comes only through Christ. Paul, the apostle to the Gentiles consistently pointed people to Christ.

But now the righteousness of God without the law is manifested, being witnessed by the law and the prophets;

Even the righteousness of God which is by faith of Jesus Christ unto all and upon all them that believe: for there is no difference:

For all have sinned, and come short of the glory of God;

Being justified freely by his grace through the redemption that is in Christ Jesus:

Whom God hath set forth to be a propitiation through faith in his blood, to declare his righteousness for the remission of sins that are past, through the forbearance of God;

To declare, I say, at this time his righteousness: that he might be just, and the justifier of him which believeth in Jesus. –Romans 3:21-26

On February 18, 1952, a massive storm split the SS Pendleton, a tanker ship, into two pieces about ten miles off the Massachusetts coast. More than forty sailors were trapped inside the ship’s sinking stern in the midst of fierce winds and violent waves.

When word of the disaster reached the Coast Guard station in Chatham, Massachusetts, Boatswain’s Mate First Class Bernie Webber took three men on a lifeboat to try to save the stranded crew against nearly impossible odds—and brought thirty-two of the seemingly doomed sailors to safety. Their courageous feat was deemed one of the greatest rescues in United States Coast Guard history and was the subject of the 2016 film The Finest Hours.

In Luke 19:10, Jesus declared His own rescue mission: “The Son of Man came to seek and to save the lost.” The cross and the resurrection became the ultimate expression of that rescue, as Jesus took on Himself our sins and restored to the Father all who trust Him. For 2,000 years, people have embraced His offer of abundant life now and eternal life with Him. Rescued!

As followers of Jesus we have the privilege, with the Holy Spirit’s help, to join our Savior in the greatest rescue mission of all. Who in your life needs His rescuing love?

How have God’s rescuing ways affected you? What will help you effectively share His rescue plan with others?

Many people think contentment is elusive, because happiness and peace never last. But is that really the reason? It’s common to associate a state of satisfaction with a positive situation, but Paul challenges this idea when he says, “I have learned to be content in whatever circumstances I am” (Phil. 4:11).

Contentment isn’t something that comes naturally; it is learned. And what kind of classroom do you think God uses? It’s not in the midst of comfort and ease that we sense gratification most profoundly, but in situations that cause us to be troubled, fearful, and anxious. Paul had plenty of opportunities for these lessons because his life was a series of hardships (2 Corinthians 11:23-33). And in his letters, he passes down what he’s learned about contentment.

Focus on Christ rather than your circumstances. Paul had every reason to complain, because he was wrongfully imprisoned. Yet in his letter to the Philippians, he didn’t blame anyone or grumble. Instead, he kept rejoicing in Christ because that’s where his focus, affections, and devotion lay.

Focus on what God is doing through the situation. Paul saw how the Lord used his imprisonment for the greater progress of the gospel (Phil. 1:12).

Focus on the omnipotence and goodness of the Lord. The apostle was confident that his circumstances were under the sovereign control of God—the One who causes all things to work together for good to those who love Him and are called according to His purpose (Rom. 8:28).

In essence, we could say that Paul evaluated his circumstances through a God-centered lens. The result was joy and contentment in every situation.

Now there is at Jerusalem by the sheep market a pool, which is called in the Hebrew tongue Bethesda, having five porches. In these lay a great multitude of impotent folk, of blind, halt, withered, waiting for the moving of the water.” (John 5:2-3)

Bethesda combines two Hebrew words to mean “house of kindness” or “house of mercy.” The pool was famous for an angel who supposedly infused healing in the waters. Lying among the many afflicted people was a man who’d had an infirmity for 38 years (John 5:5). After Jesus healed him, he was told to “sin no more” (John 5:14), which may indicate he had injured himself and become socially outcast and friendless.

When Jesus asked him if he wanted to be “made whole,” he told Jesus, “Sir, I have no man, when the water is troubled, to put me into the pool: but while I am coming, another steppeth down before me” (John 5:7). From all appearances, he was abandoned, helpless, and hopeless.

Then, without any further questioning to see if this man had faith, had any civic value or religious inclinations, in simple grace and mercy, “Jesus saith unto him, Rise, take up thy bed, and walk. And immediately the man was made whole, and took up his bed, and walked” (John 5:8-9).

Paralysis is usually the result of serious damage to the nervous system, not repairable in most cases. Muscles atrophy, weaken, stiffen, and lose material. Christ’s healing involved an instant creation, overriding the first and second laws of thermodynamics and restoring full function and strength.

Rather than rejoicing, the leaders of Judah wanted to kill Jesus “because he not only had broken the sabbath, but said also that God was his Father, making himself equal with God” (John 5:18). HMM III

For the time will come when they will not endure sound doctrine; but after their own lusts shall they heap to themselves teachers, having itching ears; and they shall turn away their ears from the truth, and shall be turned unto fables.

Everyone who has come to the years of responsibility seems to have gone on the defensive. Even some of you who have known me for years are surely on the defensive—you have your guard up all the time!

I know that you are not afraid of me, but you are afraid, nevertheless, of what I am going to say. Probably every faithful preacher today is fencing with masters as he faces his congregation. The guard is always up. The quick parry is always ready.

It is very hard for me to accept the fact that it is now very rare for anyone to come into the house of God with guard completely down, head bowed and with the silent confession: “Dear Lord, I am ready and willing to hear what You will speak to my heart today!”

We have become so learned and so worldly and so sophisticated and so blasé and so bored and so religiously tired that the clouds of glory seem to have gone from us.   CES108-109

Lord, quiet my own heart before You and give me that humble spirit of listening. Whenever I come before You may I be “ready and willing to hear what You will speak to my heart today.” Amen.

Thou art my hiding-place; Thou sbalt preserve me from trouble; Thou shalt compass me about with songs of deliverance.—Psalm 32:7.

Fearest sometimes that thy Father

When the clouds around thee gather,

Better hath He been for years

It is the indwelling Presence of God, believed in, trusted, reverenced, recollected, which ought to become the support to meet every case of trouble. The soul finds rest from its perplexities, as it turns from what perplexes and disturbs it, to fix its gaze and hope and purpose on Him. If there be a pressure of distress, or anxiety, or care, or perplexity of any kind, a heavy burden weighing down the spirits, then let the soul look off for a moment from itself, and from the trying object, to God. The recollection of His presence within, ever abiding, continually renewed by perpetual communion, would secure to the soul, if duly and constantly cherished, an habitual life of rest.

“I am come a light into the world, that whosoever believeth on me should not abide in darkness.” John 12:46

This world is dark as midnight; Jesus has come that by faith we may have light, and may no longer sit in the gloom which covers all the rest of mankind.

Whosoever is a very wide term: it means you and me. If we trust in Jesus we shall no more sit in the dark shadow of death, but shall enter into the warm light of a day which shall never end. Why do we not come out into the light at once?

A cloud may sometimes hover over us, but we shall not abide in darkness if we believe in Jesus. He has come to give us broad daylight. Shall He come in vain? If we have faith we have the privilege of sunlight: let us enjoy it. From the night of natural depravity, of ignorance, of doubt, of despair, of sin, of dread, Jesus has come to set us free; and all believers shall know that He no more comes in vain than the sun rises and fails to scatter his heat and light.

Shake off thy depression, dear brother. Abide not in the dark, but abide in the light. In Jesus is thy hope, thy joy, thy Heaven. Look to Him, to Him only, and thou shalt rejoice as the birds rejoice at sunrise, and as the angels rejoice before the throne.