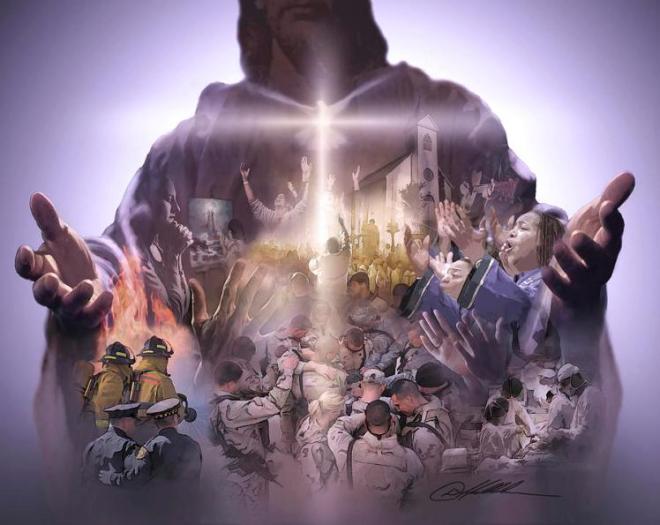 James Dyson is no overnight success. He’s worth about $5 billion now because of his vacuum cleaners, but did you know he went through 5,127 failed prototypes before his first model was successful? And then there’s Theodor Geisel. He wanted to be a writer, but his work was rejected 27 times by publishers. Some called his work “pure rubbish.” But he persevered and today you know him under his pen name “Dr. Seuss.”

The myth of overnight success has ruined a lot of people who expected fame and fortune without work and exertion. It takes time to develop a quality life. And for that matter, fame and fortune are myths too. That is, they don’t bring the peace and joy we crave.

What we need is godliness with contentment. That doesn’t come overnight either. It’s something that develops within us as we walk with God over time, seeking His face, doing His will, learning His Word, serving His people, and singing His praises.

Overnight. Success. Fame. Fortune. Those words mean too much to too many. Instead remember 66. That’s the number of books in the Bible. It’s also the location of a great secret about true success: 1 Timothy 6:6: “Godliness with contentment is great gain.”

Daughter, your faith has healed you. Go in peace and be freed from your suffering. Mark 5:34

Artist Doug Merkey’s masterful sculpture Ruthless Trust features a bronze human figure clinging desperately to a cross made of walnut wood. He writes, “It’s a very simple expression of our constant and appropriate posture for life—total, unfettered intimacy with and dependency upon Christ and the gospel.”

That’s the kind of trust we see expressed in the actions and words of the unnamed woman in Mark 5:25–34. For twelve years her life had been in shambles (v. 25). “She had suffered a great deal under the care of many doctors and had spent all she had, yet instead of getting better she grew worse” (v. 26). But having heard about Jesus, she made her way to Him, touched Him, and was “freed from her suffering” (vv. 27–29).

Have you come to the end of yourself? Have you depleted all your resources? Anxious, hopeless, lost, distressed people need not despair. The Lord Jesus still responds to desperate faith—the kind displayed by this suffering woman and depicted in Merkey’s sculpture. This faith is expressed in the words of hymn writer Charles Wesley: “Father, I stretch my hands to Thee; no other help I know.” Don’t have that kind of faith? Ask God to help you trust Him. Wesley’s hymn concludes with this prayer: “Author of faith, to Thee I lift my weary, longing eyes; O may I now receive that gift! My soul, without it, dies.”

When have you desperately clung to Christ? How did God meet your need?

Father, thank You for Your power to rescue me. Help me to trust You to meet all my needs.

Recently I spoke to a heartbroken woman. Her father was dying, and he was cold toward his family and God. He desired no contact and refused to discuss any spiritual matter.

But God is able to reach anyone—even someone hostile to the faith, as we saw with the apostle Paul’s conversion. Yet Scripture also teaches that though the Lord is patient toward man, He may eventually give individuals over to the hardness of their own heart. In other words, He may let them have their own way in rejecting the Savior.

The situation is different for believers, however. When we, in our humanness, continue to sin, the Holy Spirit convicts us so we’ll get back on track. At that point, we can humbly repent and follow Him or ignore His voice and continue to sin. If we persist in error, our Father will keep calling us back. But the danger is that our hearts may become desensitized and we could eventually cease to hear His warnings.

Thankfully, we are children of God, and He loves us too much to let us remain in a sinful pattern. Though chastisement and conviction are never pleasant, He knows our traveling down the wrong road would result in much greater heartache (Prov. 3:12). The Lord is a shepherd, using His staff and rod to lovingly bring us to green pastures.

On the Christian journey, temptations to stray falsely promise to satisfy our longings. Stay closely connected to Jesus through prayer and Scripture. Be listening so you can obey immediately when He calls you to change course. In the long run, living God’s way is what brings the greatest joy.

“Then they that feared the LORD spake often one to another: and the LORD hearkened, and heard it, and a book of remembrance was written before him for them that feared the LORD, and that thought upon his name. And they shall be mine, saith the LORD of hosts, in that day when I make up my jewels; and I will spare them, as a man spareth his own son that serveth him.” (Malachi 3:16-17)

This precious promise occurs at the end of the Old Testament, a time of wholesale apostasy on the part of the people of Israel. But there was a believing remnant. Today, Christians again are in a minority (as always), and it does us well to study the former situations, paying attention to the nature of the remnant as well as God’s response to them.

Notice first the attitude of these believers toward God. We see that they “feared” God when they “thought upon his name.” Who could help but do the same as the work and character of God are pondered? Further, a proper attitude and walk with God lead to true fellowship. They “spake often one to another.” Too often it seems that mere friendship replaces true Christian fellowship as entertainment of guests replaces true hospitality. Human relationships can never attain the fullness possible unless they center around the Lord.

Next, note God’s response to the dear saints in our text. He hearkens and hears, evidently paying special attention to the attitudes (“feared the LORD”) and the words (“spake”) of the saints. Then He registers their history in a special “book of remembrance.” We will all give an account one day, but we may be assured that the good will be remembered, for it is in God’s special book of remembrance.

Likewise, we are assured of salvation: “They shall be mine,” He says. We will be spared while others are being judged. The mighty Lord of hosts holds us as dear to Him as “jewels.” JDM

For ye have need of patience, that, after ye have done the will of God, ye might receive the promise.

When God needs a person for His service—a good person, an effective person, a humble person—why does He most often turn to a person in deep trouble? Why does He seek out a person deep in the crucible of suffering, a person who is not the jovial, “happy-happy” kind? I can only say that this is the way of God with His human creation….

Ezekiel did not come out of pleasant and favorable circumstances. The light had gone out in his heart. He probably thought that God takes a long time to work out His will.

We do not want the cross. We are more interested in the crown.

That we… may grow up in all things into Him, which is the head, even Christ; from whom all the body fitly framed and knit together through that which every joint supplieth, according to the working in due measure of each several part maketh the increase of the body unto the building up of itself in love.—Ephesians 4:14-16 (R, V,).

We become the living means to a great end; and all our inner salvation—our finding of Jesus—is seen, not to centre in ourselves, in our own gain, our own rescue, our own peace; but to lead out beyond itself; to have been our qualification for use and office, without which we could not be taken up, as workers with God, into that eternal husbandry whereby He sets Himself to win over the stubborn and thorny field of the world. Our eyes are taken off ourselves; we are not absorbed in rehearsing our own experiences, however blessed. We are caught up into the counsels; we serve to widen the frontiers of the Kingdom; through us, correlated as we are, by joints and bands, into the articulated body, the Spirit of Christ can get abroad, can take a fresh step forward. We are become its vantage-ground from which it can again advance. Oh, that we were more quick to His touch, more ready for His needs, more serviceable in His ministry!

“But if thou shalt indeed obey his voice, and do all that I speak; then I will be an enemy unto thine enemies, and an adversary unto thine adversaries.” Exod. 23:22

The Lord Christ in the midst of His people is to be acknowledged and obeyed. He is the vicegerent of God, and speaks in the Father’s name, and it is ours implicitly and immediately to do as He commands. We shall lose the promise if we disregard the precept.

To full obedience how large the blessing! The Lord enters into a league with His people, offensive and defensive. He will bless those who bless us, and curse those who curse us. God will go heart and soul with His people, and enter in deepest sympathy into their position. What a protection this affords us! We need not concern ourselves about our adversaries, when we are assured that they have become the adversaries of God. If Jehovah has taken up our quarrel we may leave the foemen in His hands.

So far as our own interest is concerned we have no enemies; but for the cause of truth and righteousness we take up arms and go forth to conflict. In this sacred war we are allied with the eternal God, and if we carefully obey the law of our Lord Jesus, He is engaged to put forth all His power on our behalf. Wherefore we fear no man.