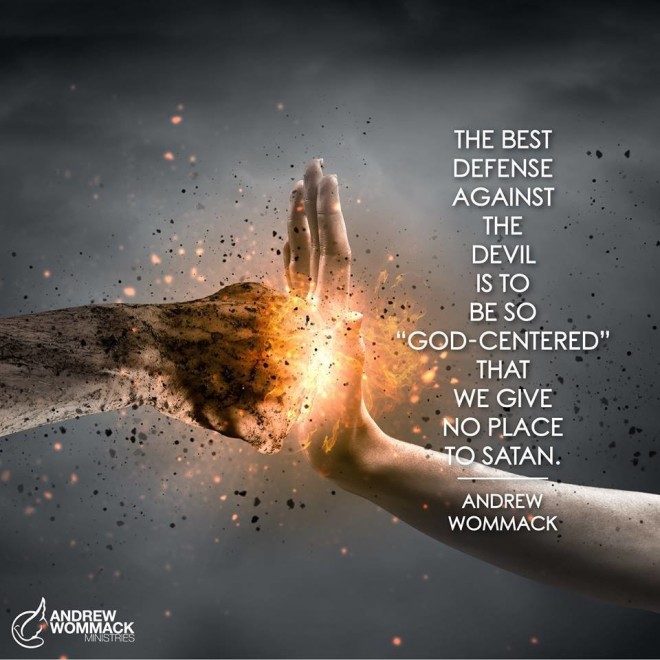 Just as through one man sin entered the world, and death through sin, and thus death spread to all men, because all sinned… —Romans 5:12

The Bible does not say that God punished the human race for one man’s sin, but that the nature of sin, namely, my claim to my right to myself, entered into the human race through one man. But it also says that another Man took upon Himself the sin of the human race and put it away— an infinitely more profound revelation (see Hebrews 9:26). The nature of sin is not immorality and wrongdoing, but the nature of self-realization which leads us to say, “I am my own god.” This nature may exhibit itself in proper morality or in improper immorality, but it always has a common basis— my claim to my right to myself. When our Lord faced either people with all the forces of evil in them, or people who were clean-living, moral, and upright, He paid no attention to the moral degradation of one, nor any attention to the moral attainment of the other. He looked at something we do not see, namely, the nature of man (see John 2:25).

Sin is something I am born with and cannot touch— only God touches sin through redemption. It is through the Cross of Christ that God redeemed the entire human race from the possibility of damnation through the heredity of sin. God nowhere holds a person responsible for having the heredity of sin, and does not condemn anyone because of it. Condemnation comes when I realize that Jesus Christ came to deliver me from this heredity of sin, and yet I refuse to let Him do so. From that moment I begin to get the seal of damnation. “This is the condemnation [and the critical moment], that the light has come into the world, and men loved darkness rather than light…” (John 3:19).

We never enter into the Kingdom of God by having our head questions answered, but only by commitment.

Teach us to number our days, that we may gain a heart of wisdom.  Psalm 90:12

A lot has changed since the electric clock was invented in the 1840s. We now keep time on smart watches, smart phones, and laptops. The entire pace of life seems faster—with even our “leisurely” walking speeding up. This is especially true in cities and can have a negative effect on health, scholars say. “We’re just moving faster and faster and getting back to people as quickly as we can,” Professor Richard Wiseman observed. “That’s driving us to think everything has to happen now.”

Moses, the writer of one of the oldest of the Bible’s psalms, reflected on time. He reminds us that God controls life’s pace. “A thousand years in your sight are like a day that has just gone by, or like a watch in the night,” he wrote (Psalm 90:4).

The secret to time management, therefore, isn’t to go faster or slower. It’s to abide in God, spending more time with Him. Then we get in step with each other, but first with Him—the One who formed us (139:13) and knows our purpose and plans (v. 16).

Our time on earth won’t last forever. Yet we can manage it wisely, not by watching the clock, but by giving each day to God. As Moses said, “Teach us to number our days, that we may gain a heart of wisdom” (90:12). Then, with God we’ll always be on time, now and forever.

What’s your pace in life? How could you spend more time with God, getting in step with Him?

Gracious God, when we fall out of step with You, draw us closer to abide in You.

Have you ever listened to a radio station only to hear soft static over the music? If you adjust the tuning, you can usually get clear reception. The Christian life works much the same way. We sometimes make decisions and then experience a vague yet nagging sense that all isn’t well. I call this “spiritual static.”

Most Christians aren’t surprised that God wants them to know the difference between truth and error. However, many have not considered that He also equips us to choose between what is good and what is best. Satan at times reveals something that appears good to us just before God sends His best. Too often, we jump at the former and miss the latter. But those believers who cultivate spiritual discernment recognize the Holy Spirit’s warning to wait—such “static” says an opportunity might look excellent, but it’s not right.

Prayerful, grounded believers will let the good opportunity pass so they can wait on the best. They will pray and trust until their heart receives God’s assurance. Life is full of uncertainty and doubt, but our relationship with Jesus doesn’t need to be. He offers spiritual discernment to all who seek His will.

This summary phrase has the “list” of what God does when He causes one of the sinful sons or daughters of Adam to “put on the new man, which after God is created in righteousness and true holiness” (Ephesians 4:24). We will not ever grasp the fullness of the omnipotent and omniscient Father in heaven who draws us to Him (John 6:44).

We do need reminding from time to time that our justification is based on our calling, which came about because we were “predestinated” to be “conformed to the image of his Son” (Romans 8:29). Those heavenly decisions were made since God had foreknowledge of our “members . . . which in continuance were fashioned, when as yet there was none of them” (Psalm 139:16).

Yes! I am saved to “the uttermost” (Hebrews 7:25). I was “rendered righteous” when the great Creator God the King, the Lord Jesus Christ, was made “to be sin for us, who knew no sin; that we might be made the righteousness of God in him” (2 Corinthians 5:21). Therefore, “being justified freely by his grace through the redemption that is in Christ Jesus,” the triune Godhead remains “just and the justifier of him which believeth in Jesus” (Romans 3:24, 26). HMM III

O how love I thy law! it is my meditation all the day.

I remember James M. Gray, the noted Bible teacher, telling of a Christian brother, a Michigan farmer, whose spiritual life had suddenly blossomed until there was an overflowing of God’s presence. Many in the man’s community recognized the change in his life and personality and sought spiritual counsel from him. Dr. Gray had opportunity to ask the man about the transformation of his spiritual life and witness.

“Dr. Gray, I began to devote myself to the Scriptures for my own need,” the man humbly explained. “Something happened when God opened my spiritual understanding as I studied the book of Ephesians. I cannot really explain what the Lord is doing for me and through me, but it has come through prayerful meditation in the Word of God.”

None of us can expect to get the rich, transforming blessings from God apart from the Scriptures….

Too many of us ministers and Sunday school teachers are content to reach for a commentary on the Scriptures. What we need most is to search the Scriptures for ourselves.   MMG047

Deliver me today from the shortcuts, and help me to discipline myself to long, concentrated study of the Scriptures themselves. Amen.

True worshippers shall worship the Father in spirit and in truth: for the Father seeketh such to worship him.

Whatever direction the theological wind may set there are two things of which we may be certain: One is that God will not leave Himself without a witness….Saving truth will never be completely hidden from the sight of men. The poor in spirit, the penitent, will always find Christ close at hand ready to save them.

The other is that the Holy Spirit is the true conservator of orthodoxy and will invariably say the same thing to meek and trusting souls. Illuminated hearts are sure to agree at the point where the light falls.

Our only real danger is that we may grieve the blessed Spirit into silence and so be left to the mercy of our intellects….We’ll have the bush, pruned and trimmed and properly cultivated, but in the bush there will be no fire. BAM078-079

Mere wisdom…[makes] us hard and cold, but wisdom set on fire with love and energized by power [through the Holy Spirit] will enable us to bless the world. HS496

My saints are not on pedestals. They do not look down at me condescendingly from stained-glass windows, or by their lofty words from behind rostrums fill me with awe. There they would be so still and cold, so remote, so apart from the good earth and the experiences that wring both tears and laughter from me.

My saints have rosy cheeks and warm, kind hands; they are jolly! They are near, too. Sometimes they are in the next office, in the shop around the corner or in the flat downstairs.

One of them all through her girlhood wrestled to control, by the grace of God, what seemed to be an uncontrollable temper. God and my saint were the victors.

“I hope,” she said, “that I shall have a large family. I’ll come with my six boys to see you and they’ll tramp, tramp, tramp all over your immaculate house.”

She had four children. Three were not the noisy boys who were to have invaded my home, but gentle little girls. Within a few days of each other two died; a few years later a third had left her.

My saint did not come out with placid face and unearthly calm. Her grief staggered us and ravished her strength. But God and my saint conquered again. She stole out to find other little children. She became a young people’s sergeant-major establishing three Bible home companies, one for each dead child. One was formed from the Islamic population of a city, to whom the Christian message had never before been taken.

Some of my saints are young. One is only 14, a lad who tends his invalid mother at night and contends with a drunken father by day. Some are students with brows unduly furrowed by the effect of study accompanied by what, at times, must look like a losing battle with poverty. Some are mothers who never mention mystical experiences, yet have established the kingdom in their homes. Another of my saints is a Salvation Army officer, in an unromantic situation, who has not attained the recognition that many self-proclaimed “saints” demand, but in a faraway land to a great company of people, she is a light in the darkness.

Sometimes I wonder why my saints care to company with me. I expect it is because they do not know they are saints. And the world is rather slow in discovering it too. Can it be that we still prefer the stained-glass window kind with their white, solemn faces, smooth, untried feet and hidden hearts?

Catherine Baird, Evidence of the Unseen