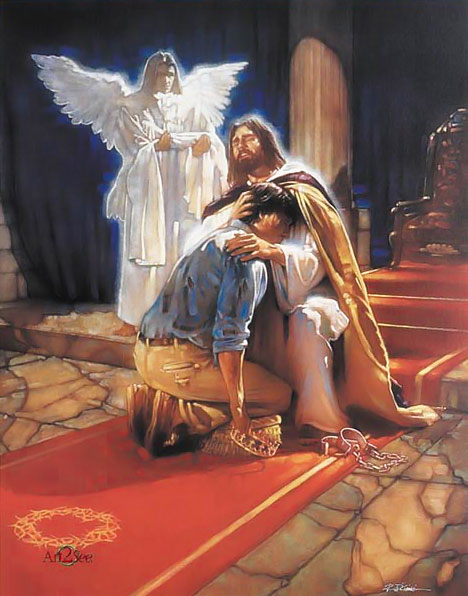 And so we have the prophetic word confirmed, which you do well to heed as a light that shines in a dark place, until the day dawns and the morning star rises in your hearts. 2 Peter 1:19

Scholars have identified 1,845 biblical references to the Second Coming. And over three hundred of these are found in the New Testament.

It would be futile to argue that prophecy is not a significant part of the Bible. Not to study—learn from, be comforted by—the prophetic Scriptures is to ignore a large part of the Word of God. The apostle Paul taught the Ephesian church “the whole counsel of God” (Acts 20:27). Many Jews in Berea studied the Scriptures daily to see if Paul’s words about Jesus the Messiah were true (Acts 17:11). Words of prophecy are given by God to strengthen, encourage, and comfort His people (1 Corinthians 14:3).

When you don’t know what the future holds, remember Who holds the future. God’s fulfilled prophetic Word gives assurance from the past, peace in the present, and hope for the future.

An interest in prophecy which is merely speculative and sensational comes perilously close to being sinful. William Graham Scroggie

Though you do not see him now, you believe in him and are filled with an inexpressible and glorious joy. 1 Peter 1:8

In 1985 Anthony Ray Hinton was charged with the murders of two restaurant managers. It was a set up—he’d been miles away when the crimes happened—but he was found guilty and sentenced to death. At the trial, Ray forgave those who lied about him, adding that he still had joy despite this injustice. “After my death, I’m going to heaven,” he said. “Where are you going?”

Life on death row was hard for Ray. Prison lights flickered whenever the electric chair was used for others, a grim reminder of what lay ahead. Ray passed a lie detector test but the results were ignored, one of many injustices he faced getting his case reheard.

Finally, on Good Friday 2015, Ray’s conviction was overturned by the US Supreme Court. He’d been on death row for nearly thirty years. His life is a testament to the reality of God. Because of his faith in Jesus, Ray had a hope beyond his trials (1 Peter 1:3–5) and experienced supernatural joy in the face of injustice (v. 8). “This joy that I have,” Ray said after his release, “they couldn’t ever take that away in prison.” Such joy proved his faith to be genuine (vv. 7–8).

Death row joy? That’s hard to fabricate. It points us to a God who exists even though He’s unseen and who’s ready to sustain us in our own ordeals.

Reflect on others who’ve experienced God’s joy in their ordeals. What have been the qualities of their faith? How can you bring God’s joy to someone facing injustice right now?

God of all hope, fill us with Your joy and peace as we trust in You despite our circumstances. We love You!

Like Loading...
Have you ever heard the phrase “God helps those who help themselves”? I know I have. It sounds responsible and admirable, and the majority of Christians believe that this word of advice is in the Bible—but it is not. Too often, whether we voice the belief or not, we act as though God needs our help.In actuality, this statement is completely contrary to what the Word of God tells us: “Be still, and know that I am God” (Psalm 46:10 NIV). The Father knows we cannot help ourselves. That is the very reason He sent His Son to die—because we were utterly helpless to improve our sinful condition (Rom. 5:8).

God’s will for us includes His fundamental call to stillness. When we are quiet in His presence, we put ourselves in the most teachable position possible. It’s where we are most able to discern His Spirit.

Are you too busy to hear from God? Remember that He can accomplish far more through a surrendered spirit than we can in 24 hours of frenetic activity—even when our efforts are intended to benefit His kingdom. Acknowledge your dependence on the Lord, and rest. What you’ll discover in the stillness is a Savior who promises He is enough.

“For we are his workmanship, created in Christ Jesus unto good works, which God hath before ordained that we should walk in them.” (Ephesians 2:10)

The word “poem” is derived from the Greek poiema. Used only twice in the New Testament, it refers to two great works of God Himself. Thus, God is the divine poet who has created two great masterpieces—artistic creations of marvelous intricacy and surpassing beauty.

The first is the entire physical universe: “For the invisible things of him from the creation of the world are clearly seen, being understood by the things that are made, even his eternal power and Godhead; so that they are without excuse” (Romans 1:20). In this key verse, poiema is translated “things that are made.” Everything in the universe, animate and inanimate, constitutes a marvelous product of God’s creative forethought and inventive skill. If a beautiful poem requires a poet to create it, so much the more does the complex cosmic poem of the universe demand a great poet of consummate wisdom and infinite power. The rejection of the poet and the message of the poem not only leave one “without excuse” (v. 20), but facing “the wrath of God” (v. 18).

Yet an even more amazing poem is the work of transforming redemption accomplished in a lost soul saved by grace through faith (Ephesians 2:8). For then it is we, ourselves, who become His poem! This also is a great creative masterpiece, for “we are his workmanship [same word, Greek poiema], created in Christ Jesus unto good works.” A life once dead in sin, now born again and walking in good works—this is God’s greatest poetic masterpiece of all!

Both the mighty universe and the soul made new in Christ are special creations of God, and both manifest His greatness and His love. “Thanks be unto God for his unspeakable gift” (2 Corinthians 9:15) of grace. HMM

For David, after he had served his own generation by the will of God, fell on sleep, and was laid unto his fathers, and saw corruption.

The life ideal was described by the apostle in the Book of Acts: “For David, after he had served his own generation by the will of God, fell on sleep” (Acts 13:36).

We submit that it would be difficult, if not impossible, to improve upon this. It embraces the whole sphere of religion, appearing as it does in its three directions: God, the individual, society. Within that simple triangle all possible human activities are carried on. To each of us there can be but these three dimensions: God, myself, others. Beyond this we cannot go, nor should we even attempt to go. If we serve God according to His own will, and in doing so serve our generation, we shall have accomplished all that is possible for any human being.

David was smart enough to serve God and his generation before he fell asleep. To fall asleep before we have served our generation is nothing short of tragic. It is good to sleep at last, as all our honored fathers have done, but it is a moral calamity to sleep without having first labored to bless the world. No man has any right to die until he has put mankind in debt to him.   NCA067

Lord, keep me faithful. Let me serve my present generation well, for Your glory, before You take me home. Amen.

For the Lord giveth wisdom: out of his mouth cometh knowledge and understanding. He layeth up sound wisdom for the righteous.

At this hour in world history the state of religion is such that the Church is in grave danger of losing this priceless treasure [wisdom]. Her gold is being turned to copper and her diamonds to glass….

Even among those who make a great noise about believing the Bible, that Bible has virtually no practical influence left. Fiction, films, fun, frolic, religious entertainment, Hollywood ideals, big business techniques and cheap, worldly philosophies now overrun the sanctuary. The grieved Holy Spirit broods over the chaos but no light breaks forth. “Revivals” come without rousing the hostility of organized sin and pass without raising the moral level of the community or purifying the lives of professing Christians. Why?

Could it be that too many of God’s true children…are sinning against God by guilty silence? When those whose eyes are opened by the touch of Christ become vocal and active God may begin to fight again on the side of truth. GTM179-180

There are moral situations where it is immoral to say nothing and basely immoral to do nothing. GTM177

It was a torturous trail, throughout this land

where steadfastly He strode toward His goal.

His wisdom at a village well brought peace

to one so wrong and wronged. He offered draughts

The bland, the lame, the leprous, wasted ones

found hope and wholeness in His healing touch.

They were such stately streets, Jerusalem’s!

Downtrodden by the alien force of Rome,

the city also suffered men so holy to

themselves but far from God in Temple veils.

His challenge to the blasphemies, the sins,

injustices of priests and king, would take

Him to a cross, the rugged frame of death.

It was a treach’rous track to Calvary!

The shouldered beam, the bloodied back bent low

the grief of pains more deep than soldiers made.

He bore our griefs, our pains of sin, and laid

them in the tomb of God’s forgetfulness,

those sins of ours, releasing us to life!

It was a radiant road of joy from out

the empty tomb so near that knoll,

The Resurrection dawn extends its glow

upon this precious path. So where, O Death,

is now your sting, your conqu’ring, gaping grave?

The victory is Christ’s, the Lord of Life!