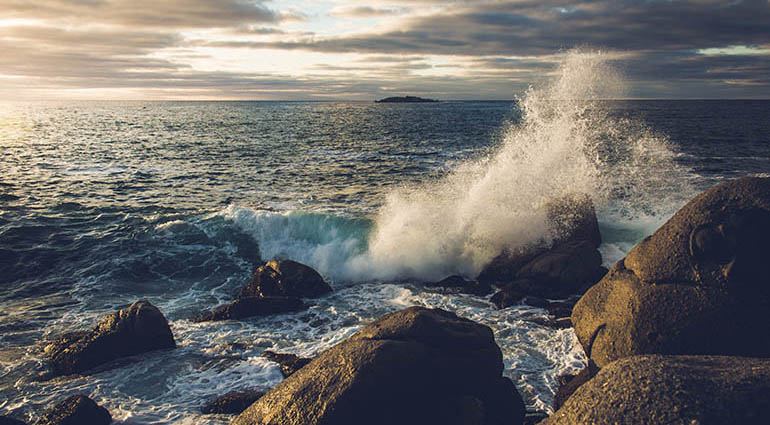 Who is this? Even the wind and the waves obey him! Mark 4:41

Imagine a world without wind. Lakes would be calm. Falling leaves wouldn’t blow in the streets. But in still air, who would expect trees to suddenly fall over? That’s what happened in a three-acre glass dome built in the Arizona desert. Trees growing inside a huge windless bubble called Biosphere 2 grew faster than normal until suddenly collapsing under their own weight. Project researchers eventually came up with an explanation. These trees needed wind stress to grow strong.

Jesus let His disciples experience gale-force winds to strengthen their faith (Mark 4:36–41). During a night crossing of familiar waters, a sudden storm proved too much even for these seasoned fishermen. Wind and waves were swamping their boat while an exhausted Jesus slept in the stern. In a panic they woke Him. Didn’t it bother their Teacher that they were about to die? What was He thinking? Then they began to find out. Jesus told the wind and waves to be quiet—and asked His friends why they still had no faith in Him.

Help us remember anything that frightens us comes with an invitation to find the strength of knowing You.

If the wind had not blown, these disciples would never have asked, “Who is this? Even the winds and the waves obey him!” (Mark 4:41).

Today, life in a protective bubble might sound good. But how strong would our faith be if we couldn’t discover for ourselves His reassuring “be still” when the winds of circumstance howl?

Father in heaven, please help us to remember that anything that frightens us comes with an invitation to find the strength of knowing and trusting You.

INSIGHT:In Mark 4:35–5:43 the gospel writer tells of four miracles to prove that Jesus is “the Messiah, the Son of God” and therefore has absolute authority over the forces of this physical world (4:35–41), over the powers of the spiritual world (5:1–20), over physical illnesses (5:24–34), and over death (5:35–43). These miracles were designed to answer the question, “Who is this?” (4:41). The first miracle was Jesus calming the storm on Galilee. Because the Sea of Galilee is in a basin about 700 feet below sea level and is surrounded by mountains, sudden and violent storms are common (v. 37). That Jesus was tired and soundly asleep showed that He was fully human (v. 38); that the storm instantly obeyed Him showed He was divine (v. 39).
By Mart DeHaan