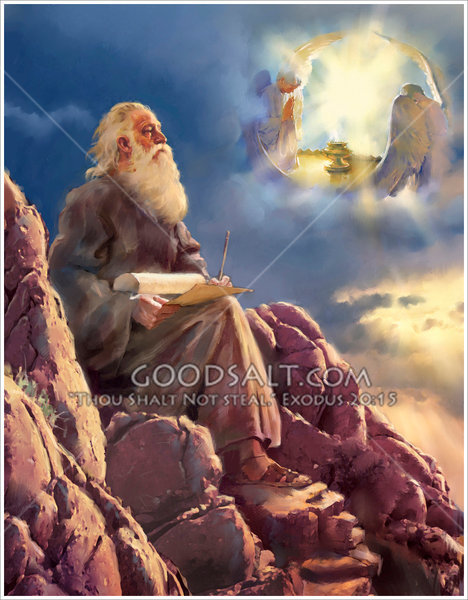 His head and hair were white like wool, as white as snow. Revelation 1:14

How do paint companies find their colors? According to livescience.com, engineers are looking at the little-known Cyphochilus beetle found in the sugarcane fields of Southeast Asia. The bug has remarkably white scales and studying the natural shade of the creature has helped paint companies begin to create the whitest white color.

Imagine a white so white and bright that it’s blinding.

In the Gospels, Jesus was transfigured, and for a few moments He revealed His intrinsic glory. Matthew 17:2 says, “He was transfigured before them. His face shown like the sun, and His clothes became as white as the light.” Revelation 19:11 pictures Christ coming again on a white horse; and the eternal throne of judgment is described in Revelation 20:11 as “a great white throne.”

According to Revelation 21 and 22, the city of New Jerusalem will be illuminated by the Lamb Himself, who radiates light. The city will shimmer, gleam, and flash with supernatural light.

Since all this is true, let’s grow in holiness and reflect the glory of the Lord to a darkened world. Others should see in us the whitest white.

Break down every idol, cast out every foe. / Now wash me, and I shall be whiter than snow.

2 thoughts on “VIDEO The Whitest White – What’s Next”