(CNSNews.com) – President Donald Trump commemorated the 19th anniversary of the 9/11 terrorist attacks in New York, Washington, D.C., and Pennsylvania by paying tribute in person to the occupants of Flight 93 in Shanksville, Pa.

“Nineteen years ago, on this day, at this very hour, on this field, 40 brave men and women triumphed over terror and gave their lives in defense of our nation. Their names and their stories are forever inscribed on the eternal roll call of American heroes. Today, we pay tribute to their sacrifice, and we mourn deeply for the nearly 3,000 precious and beautiful souls who were taken from us on September 11th, 2001,” he said.

“To the family members of Flight 93: Today, every heartbeat in America is wedded to yours. Your pain and anguish is the shared grief of our whole nation. The memory of your treasured loved ones will inspire America for all time to come. The heroes of Flight 93 are an everlasting reminder that no matter the danger, no matter the threat, no matter the odds, America will always rise up, stand tall, and fight back,” the president said.

Trump said that he and first lady Melania Trump are “deeply aware” that they could not “fill the void in your heart or erase the terrible sorrow of this day.” However, he promised “unwavering love,” support and devotion.

“On that September morning, when America was under attack, the battle turned in the skies above this field. Soon after taking off from Newark, New Jersey, radical Islamic terrorists seized control of United 93. Other hijacked planes struck the North Tower of the World Trade Center, and then the South Tower, and then the Pentagon,” he said.

“The terrorists on Flight 93 had a fourth target in mind. It was called: our nation’s capital. They were just 20 minutes away from reaching their sinister objective. The only thing that stood between the enemy and a deadly strike at the heart of American democracy was the courage and resolve of 40 men and women — the amazing passengers and crew of Flight 93,” Trump said.

“When the plane was hijacked, they called their families and learned that America was also under attack. Then they faced the most fateful moment of their lives. Through the heartache and the tears, they prayed to God. They placed their last calls home. They whispered the immortal words, ‘I love you.’ Today, those words ring out across these sacred grounds, and they shine down on us from heaven above,” he said.

“When terrorists raced to destroy the seat of our democracy, the 40 of Flight 93 did the most American of things: They took a vote, and then they acted. Together, they charged the cockpit. They confronted the pure evil, and in their last act on this Earth, they saved our capital. In this Pennsylvania field, the 40 intrepid souls of Flight 93 died as true heroes. Their momentous deeds will outlive us all,” the president said. 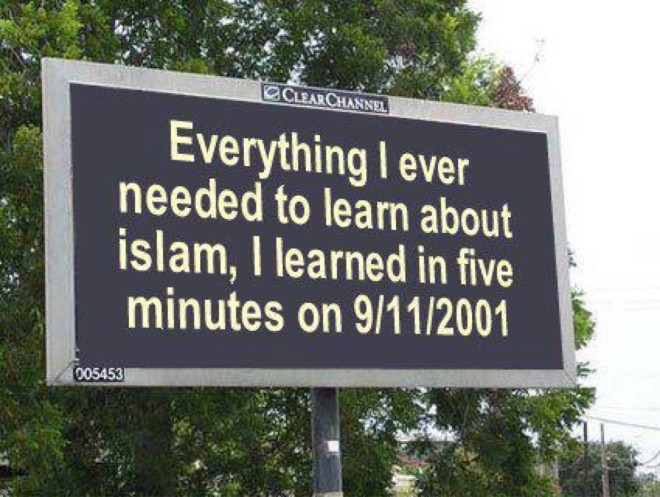 I am sending you to Pharaoh to bring my people the Israelites out of Egypt.  Exodus 3:10

While riding in the Chihuahuan Desert in the late 1800s, Jim White spotted a strange cloud of smoke spiraling skyward. Suspecting a wildfire, the young cowboy rode toward the source, only to learn that the “smoke” was a vast swarm of bats spilling from a hole in the ground. White had come across New Mexico’s Carlsbad Caverns, an immense and spectacular system of caves.

As Moses was tending sheep in a Middle Eastern desert, he too saw an odd sight that grabbed his attention—a flaming bush that didn’t burn up (Exodus 3:2). When God Himself spoke from the bush, Moses realized he had come to something far grander than it had first appeared. He told Moses, “I am the God of your father, the God of Abraham” (v. 6). God was about to lead an enslaved people to freedom and show them their true identity as His children (v. 10).

More than six hundred years earlier, God had made this promise to Abraham: “All peoples on earth will be blessed through you” (Genesis 12:3). The flight of the Israelites from Egypt was but one step in that blessing—God’s plan to rescue His creation through the Messiah, Abraham’s descendant.

Today we can enjoy the benefits of that blessing, for God offers this rescue to everyone. Christ came to die for the sins of the whole world. By faith in Him, we too become children of the living God.

What surprising things have helped you learn about God? How are you living in the knowledge that you are one of His children?

Thank You, Father, for making Yourself accessible to me despite Your great power, holiness, and overwhelming presence.

Why do we have such a hard time extending forgiveness to others? Perhaps one reason is that it doesn’t seem right. Justice demands that there be repayment or punishment for wrongdoing. However, we are not the ones who have the authority to retaliate. To do so amounts to usurping God’s role, which is just as sinful as what was done to us.

This ungodly attitude is evident in the hearts of many—sadly, including Christians. So let’s uncover the dark truth behind it. This destructive landmine of unforgiveness …

Demonstrates an unwillingness to extend to others the forgiveness the Lord has graciously extended to us (Eph. 4:32).

Plants a root of bitterness in our heart, which poisons us, causes trouble, and defiles others (Heb. 12:15).

Hinders God’s sanctifying process in our life, because we grieve the Spirit by holding onto anger, resentment, or vengeance (Eph. 4:30-31).

Instead of demanding justice now, Paul encourages us to bless and do good to those who persecute us. We can never overcome evil with sinful attitudes and actions, but only with good. For now, we must trust God and leave vengeance to Him.

“And of the children of Issachar, which were men that had understanding of the times, to know what Israel ought to do; the heads of them were two hundred; and all their brethren were at their commandment.” (1 Chronicles 12:32)

This chapter lists the numbers of men from each of the tribes of Israel who cast their lot with David in his conflict with King Saul. All these numbers are given except those of Issachar, but of these it was said that all their brethren followed their 200 leaders in turning to David. The reason for their unanimity in this decision was that these leaders “had understanding of the times, to know what Israel ought to do.” It was time to “turn the kingdom” to David, “according to the word of the LORD” (1 Chronicles 12:23). God had given them a Benjamite, Saul, as king for a time, but now David had been anointed, and it was the time to give “the sceptre” to Judah, according to the prophecy of their father, Jacob, given over 600 years before (Genesis 49:10).

How desperately we need leaders today who are spiritual “sons of Issachar,” understanding these times! Christ told the apostles: “It is not for you to know the times or the seasons” (Acts 1:7); it was more urgent that they proceed to witness for Him “unto the uttermost part of the earth” (v. 8).

Nevertheless, He would return to the earth in some generation, and that generation should be expected (when they would see all these things) to “know that it is near, even at the doors” (Matthew 24:33). They could understand the signs, and even though they should never attempt to guess the date, they could “look up…for your redemption draweth nigh” (Luke 21:28) when they would see “these things begin to come to pass.”

The signs are everywhere, yet few of our leaders—even many Christian politicians—seem to understand the real meaning of these times. Christ is “even at the doors!” HMM

And I will set my tabernacle among you: and my soul shall not abhor you. And I will walk among you, and will be your God, and ye shall be my people.

So we sit down to have a board meeting. What are we going to do to stir ourselves up? Who can we get? Where will we look? We forget that all the time Jehovah is present. “I am Jehovah-shammah; I am in the midst of you. Why don’t you talk to me?” No, we don’t ask Him.

“I am your banner of victory.” But we say, “I just wonder how much it will cost?” How much does a revival cost? Absolutely nothing and absolutely everything—that is how much it will cost. It will cost not one dime, and it will cost everything we have. You cannot import it by flying someone in from New Zealand. How many of these blessed preachers have come in from Ireland and England? They did some big things over there, we heard, so we flew them in and they never got anywhere. I never saw anything result from trying to import God. He does not fly over in a jet. He says, “I am Jehovah; I am with you. I am where you are; I am here now. Call on Me.”   RRR158-159

I call upon You, Jehovah, to work a mighty work in and through me. Amen.

In my presence is fulness of joy; at thy right hand there are pleasures for evermore.

My Christian brother or sister, thank God always for the blessed gifts of sensitivity and conscience and human choice He has given you. Are you being faithful as a Christian believer where He has placed you?

It is sad that we humans do not always function joyfully for God in the place He has marked out for us. We may even allow trifling things and minor incidents to disturb our fellowship with God and our spiritual witness for Him who is our Savior. WHT100-101

Outward trials and troubles do not cease because the soul is baptized with the Holy Ghost. The disciples abounded in affliction after their sanctification, although they also abounded in joy. SAN047

Tozer on the Holy Spirit.

was in the mind of God

before I came to birth.

This dwelling place I call “myself”

His purpose to fulfill.

constructed by His power

an edifice with gracious scope

for righteousness and peace

reflective of His own.

I do so often mar

the line and shape He gives

to life, the precepts which He sets

and which, within His will,

would hold me to His plan?

it be that ripples on

the surface of my soul

the very shape of things

He had in mind for me?

it be that wayward winds

restore Your calm to me

which once I knew within

Your perfect plan for life. I would

well harbored in Your peace.